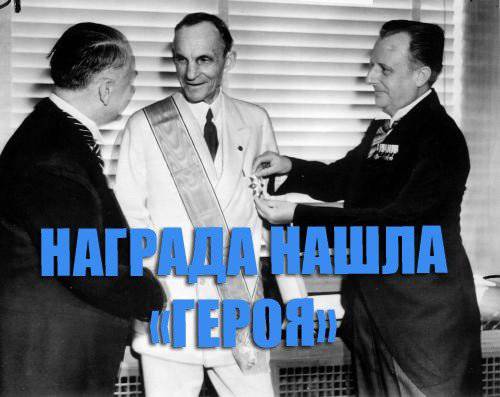 “It was only on his deathbed that repentance came to Henry Ford. When at the end of the Second World War, he watched a film about the atrocities of the Nazis in concentration camps, thus confronted with the terrible consequences of anti-Semitism, it was enough of a blow - the last and hardest ... "

This is an excerpt from Robert Lacey's article "Hitler and Ford."

What connected the leader of the National Socialists and the US car magnate? What repentance is the author writing about?

As is well known, the father of German Nazism and the führer of the German nation, Adolf Hitler, to put it mildly, disliked the Jews. Similar feelings experienced and multimillionaire Henry Ford. But, at a time when a young German made his fiery speeches in the Munich beer halls, his wealthy American like-minded person had already smashed Jews in articles in his newspaper Dearborn Independent. Ford’s book International Jewry has been translated into 16 languages, the circulation in the USA is 500 000 copies! This book will appear in Germany in 1921 and will probably become the first book on popularity in Germany up to the 34 year, after which Mein Kampf will take over the palm. In his work, Hitler repeatedly quoted the book of Ford. 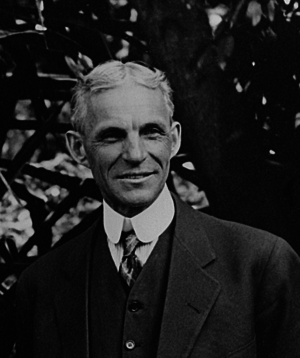 It is curious that Ford’s first articles later included in International Jewry were published two months after the official approval of the NSDAP program (25 points), namely 22 in May 1920. Only the National Socialists officially approved the clearly anti-Semitic points (item 4) of their program, immediately the thought and printing presses of Henry Ford begin to work as a conveyor. Coincidence?

Not surprisingly, Hitler calls Ford’s grandfather (1923 in the year 60) "his idol" and "source of inspiration."

Where did the Irish-born American Ford come from so much dislike for Jews?

Ford acquired the newspaper Dearborn Independent in 1918 and invited Edwin Pipp to participate in its publication. Here is an excerpt from the book H. Benitto "A lie that does not want to die":
There was a great need for kindness, said Ford, "and we will try to make the world kinder, spread the idea of ​​tolerance."
Pipp felt a surge of inspiration. Ford's words raised him above everyday existence, opened new horizons. He felt that with this person he would be able to reach true heights, to give way to his secret desire to seriously change the world. Pipp knew that Ford’s activities were not limited to the production of automobiles, but for the first time he had to experience the impact of Ford’s personality, his energy, his ideas.
"I want Dearborn to become known to the whole world as a city in which they do good, in which they preach the brotherhood of people," Ford announced. Good feelings should be extended to all races and all religions.

Strange words for the ideologue of Nazism, is not it? “Ideas of tolerance”, “make the world kinder”, “brotherhood of people”.

Where is the number one breeding ground for the National Socialist?
Less than 2 of the year, 22 of May of the 1920 of the year, Ford’s thought turns to 180 degrees. The first attacks on the Jews begin.
Why is Ford's position changing so drastically? And it changes repeatedly. Judge for yourself:
- 1918 year - "The ideas of tolerance" and "brotherhood of people"
- 22 May 1920 - first anti-semitic articles
- At 1922, an anti-Jewish company led by the Dearborn Independent ceased as suddenly as it began
- In April, 1924 - attacks on Jews resumed;
- 7 July 1927 - Years Ford publishes its apology in the press:

"I consider it my duty, the duty of an honest man, to correct the evil caused to the Jews, my countrymen and brothers, asking them for forgiveness for the harm that I unintentionally brought to them, and, taking back, as far as that is in my power, built on them by my publications insulting accusations, as well as unconditionally assuring them that from now on they can rely on my friendship and goodwill. Needless to say that these brochures, which have been distributed in our country and abroad, will be withdrawn from circulation, that I will ways and I will make it clear that I certainly don’t approve of them, and that henceforth the Dearborn Independent guide will ensure that articles defaming Jews never appear on the pages of this publication. "

Doesn't it seem strange to you? How can a person like Ford, so often and radically change their views? So, articles in a newspaper that performs a specific task can change, but a person’s beliefs cannot change that way.

There is only one conclusion - Ford really hates the Jews, but when it is necessary it lies and covers itself with beautiful phrases. Ford’s dislike for Jews has one good reason - the desire for financial independence “The finances of the whole world are controlled by the Jews; their decisions become economic laws for us. ” - stated in one of the articles “Dearborn Independent”. Ford fought with a group of Wall Street financiers not only on the pages of his newspapers and books, but also in real life. Historians believe that many of his thoughts about Jewish financiers arose from personal meetings with them. The most fierce conflicts between Ford and the “gesheftmachery” occur at the beginning of 1921 year. He then happened to face certain financial difficulties. There were persistent rumors that Wall Street intended to "put him on his knees."

Although some researchers attribute the emergence of dislike for Jews to the influence of Ford's personal secretary, Ernest Gustav Liebold. 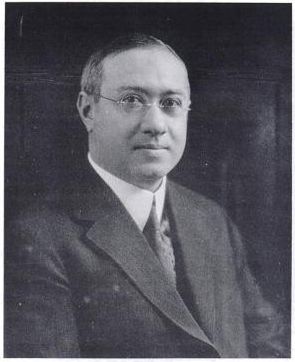 The influence of Liebold on Ford was also noted by Edwin Pipp:

Lebold reclined in his chair, unbuttoned his jacket, thrust his thumbs under his waistcoat, bulged out his chest, and announced:
"Mr. Ford, you do not need to think as others think; your thoughts come, like insights, from the subconscious - and all problems are immediately solved."

Just like that. And anti-Semitic articles straight from the subconscious to the print shop.

Who was E. Liebold?

Ford began to communicate with Libold in 1911 year. At the time, Lebold already had a lot of experience and soon headed a number of Ford enterprises. He became his kazanechey and right hand. Liebold really had German roots, because his father was an immigrant from Germany.

Max Wallace, in his book The American Axis, claims that Lebold was a German spy. By the way, official representatives in response to the publication of the Ford Motor Company did not deny this information.
However, in order to be a German spy, it is not enough to be a German. The German spy who influences Ford and forces him to write anti-Semitic articles and books should be led by an anti-Semite and a nationalist. But Hitler became the leader of the Nazi Party only 29 July 1920 of the year. At that time, the NSDAP is not something that did not have its own agents, but even a meeting place, in general, without tears, it was impossible to look at the Nazis of that time. Ford’s anti-Semitic articles came out earlier, and the impact is not a matter of a couple of weeks, but months and years. It turns out that there was simply no one to recruit or implement Liebold in the United States to promote anti-Semitic ideas. It is difficult to assume that anti-Semitic ideas in the United States could be spread by agents of Kaiser Germany.

Here the theory of the German spy does not hold water.

It is more interesting to understand what help Henry Ford rendered to the Nazi Reich.

But he did not spare the strength. Not only did Ford overwhelm all the US and Europe with anti-Semitic literature, even when the future leaders of Nazism took their first steps, he did everything that was necessary for the young Reich.

Construction of the Ford plant began at 1929 in Cologne. By the end of the 1930's, Ford had become Germany’s fourth-largest automaker. Most of the shares belonged to the Ford Motor Company. With 1942, the plant produced only trucks, among which stood out the Rhein-LKW (Maultier), a three-ton wheeled / tracked truck for the needs of the Wehrmacht. 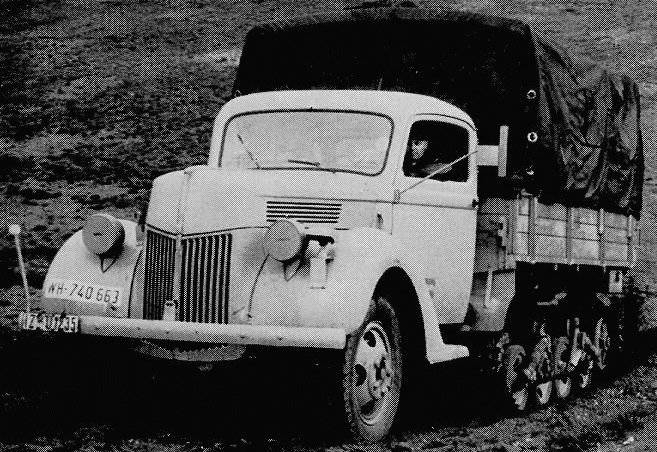 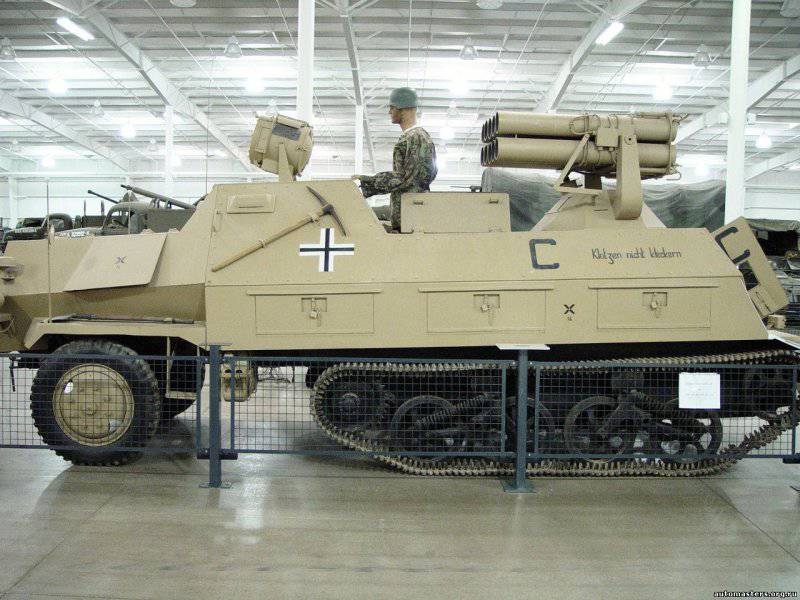 The photo is the same, but the car converted into an armored personnel carrier. By the way, these cars had good maneuverability and were designed specifically for the Eastern Front.

On the eve of World War II, Ford invested 17,5 million dollars into the German economy!

During the war, Ford's company supplied the Allied army with bombers, aircraft engines, tanks, anti-tank installations and other equipment. That, however, did not stop him from supplying Rommel’s army in North Africa with armored personnel carriers that were used in battles with the British army, which the US Consul in Algeria Felix Cole reported to the State Department on July 1, 1942.

There, no reaction followed, because in Washington this blood business was well known. American economist Henry Waldman wrote 26 February 1943 of the year in the New York Times: "We represent a nation that provides active economic assistance to the enemy with whom we are at war." However, attempts by Harold Ickes, the US Secretary of the Interior, to take the traitor concerns by the throat, have failed. It seems that President Roosevelt himself was pushing at him.

As in the best traditions of democratic gains in our day, at that time they did the same. If Mikhail Gorbachev says everything as it should, then he is awarded and protected.

30 July 1938 of the Year (on 75's grandfather's anniversary) Henry Ford was awarded the Iron Cross of the German Eagle - the highest award of Nazi Germany for foreigners!

The same awards were given in due time: Benito Mussolini, Thomas Watson (head of IBM), James Mooney (head of General Motors).

Subsequently, the Reich Minister of Economics of Germany Jalomir Schacht, in an interview with the American doctor Gilbert during the Nuremberg process, will state:

“If you want to indict the industrialists who helped rearm Germany, then you must indict yourself. The Opel automobile plant, for example, did not produce anything except military products. Owned this plant is your "General Motors".

As you know, the Nuremberg Tribunal found J. Mine innocent.

Moreover, Khrushchev’s lies about cynically looking that allegedly in certain “free talks” Stalin told him one-on-one: “If the United States did not help us, then we would not have won the war.”

As a result, the US leadership, having sung with the banking clique, cynically and treacherously acted not only with its allies, but also with its own people, burying it in German and Japanese land for the interests of capital. No, except the genocide, this situation can not be called! In time to talk about the criminal regime.
The iron cross of the German eagle on the chest of Ford and others - this is a reflection of the contribution of the United States, not only in the defeat of Nazi Germany, but in its formation!