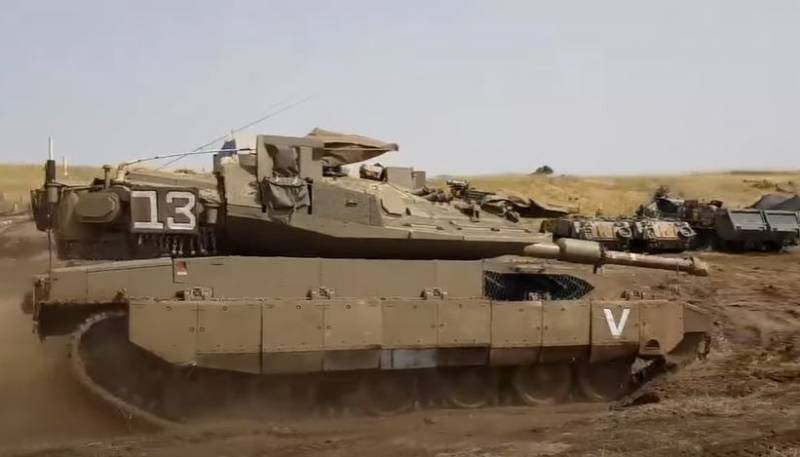 The Israeli army will soon begin to receive a new modification of the main combat tank Merkava fifth series. A number of Merkava Mark V tanks have already been delivered for trial operation to the 401st Armored Brigade of the 162nd IDF Southern Command Division. The brigade is armed with MBT Merkava MkIV.


The new modification Merkava MkV was developed on the basis of the fourth series and has no major differences in design. According to Army Recognition, the Merkava V is an improved version of the Merkava IV that combines "the latest technologies and innovations in the field of protection and digital combat capabilities."

By design, the new tank does not differ from earlier models, the driver is placed on the left, the engine is on the right in front, the turret is shifted back. The crew still consists of four people: driver, commander, gunner and loader, there is no automatic loader in the new Merkava MkV. Armament is also unchanged - a 120 mm smoothbore gun, two 7,62 mm machine guns and a 60 mm mortar with a breech mounted inside.

The main changes concerned protection. The Merkava MkV is equipped with the Trophy Active Protection System (APS), which is said to be capable of counteracting all modern tank destroyers. Also, the tank received a 360-degree all-round view, thanks to the installation of day and night vision cameras. The tank commander received a digital helmet that provides a 3D view of the battlefield, as well as providing all the information on what is happening inside the tank, including damage. The installed systems allow the tank to independently detect targets and hit them.