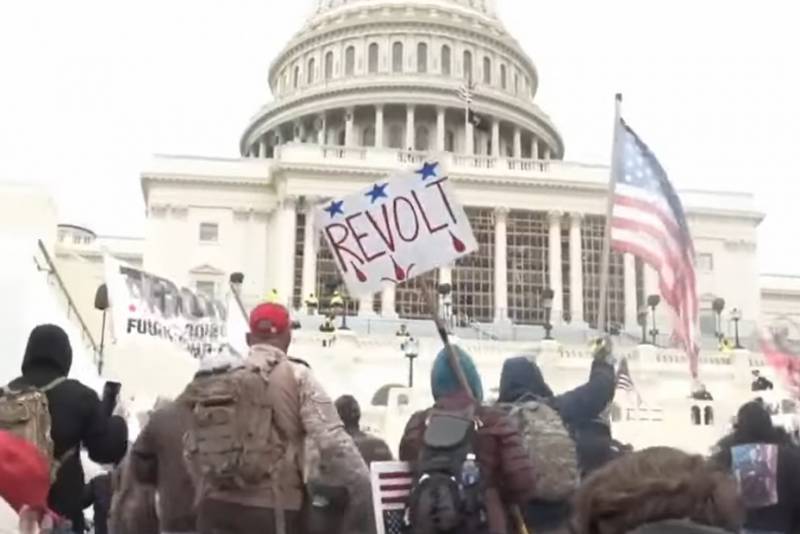 Possible repetition of riots and the storming of the Capitol. The reason for this is the disunity of American society.

This statement was made by Washington Police Chief Tom Menger.

An attack like the one the department experienced on January 6, 2021 could happen again
- said the lawman.

Now, a high alert mode has been introduced for the security forces of the American capital. They developed an algorithm of actions in case of aggravation of the situation during mass events. Also, the intelligence component was strengthened in the activities of the police department.

In addition, the Chief of the Metropolitan Police received additional, broader powers from the US Congress. Now he has the right to introduce a state of emergency without the consent of higher authorities and involve the national guards in solving problems of ensuring law and order.

Menger is referring to the events of January 2021 when he talks about the riots that happened earlier in Washington. Then supporters of former US President Donald Trump and the Republican Party, protesting against the victory in the presidential election of Joe Biden and the Democrats, forcibly broke into the Capitol building. They interrupted a meeting of the Senate, where congressmen were supposed to approve the results of the elections. As a result of clashes with law enforcement officers, five people died, and 70 rioters were arrested.
Military Reviewin Yandex News
Military Reviewin Yandex Zen
6 comments
Ad