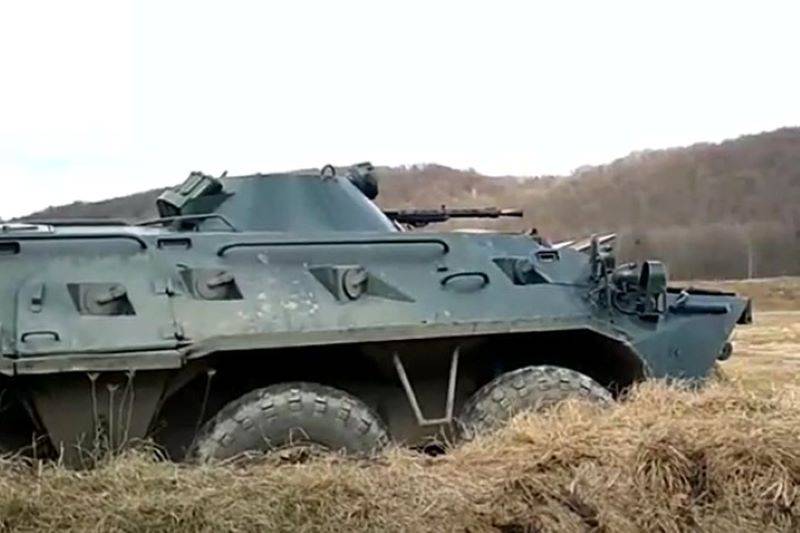 
About it сообщает Telegram channel Mash.

Two soldiers were injured. One has a broken leg, and the other has a closed craniocerebral injury. The victims were taken to the district medical facility.

It is assumed that the mine was laid by Ukrainian saboteurs. In Ukraine, information about the incident is not confirmed and no comments are given.

An armored car was blown up in the area of ​​​​the border checkpoint "Krupets" (not to be confused with the village of the same name) during patrolling.