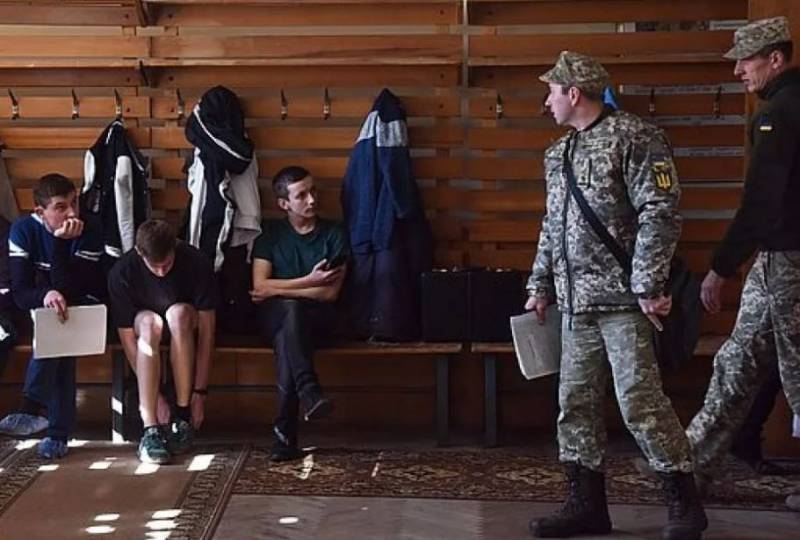 Delivery of subpoenas on the streets of Ukrainian settlements is justified. This was told to Ukrainian television by the head of the personnel department of the headquarters of the command of the Ground Forces of the Armed Forces of Ukraine Roman Gorbach.


Earlier, Ukrainian media reported that in many cities of the country, subpoenas began to be distributed on the streets. Employees of the territorial recruitment centers of the Armed Forces of Ukraine (an analogue of the military commissariats) stop men from 18 to 60 years old and hand them summonses against signature.

As the Ukrainian officer noted, it is very difficult to hand over subpoenas to the registration addresses of those liable for military service. People do not open the doors, so the employees of the territorial recruitment centers of the Armed Forces of Ukraine cannot hand them summonses against signature. This, by the way, is a wonderful touch to the question of the high "motivation" of Ukrainians to go to participate in hostilities.

The heads of the territorial recruitment centers choose the path of street distribution of subpoenas purposefully. So it is possible to cover as many men of military age as possible.

In addition, Gorbach stressed that male citizens of Ukraine almost never inform military registration and enlistment offices about getting an education, moving to other settlements or changing their place of residence, marital status, or health status. He noted that if the conscripts themselves notified the recruiting centers about the changes in the data, no one would stop them on the streets. In 95% of cases, according to Gorbach, the recipient of the summons is sent home from the territorial center, simply by specifying his data.

To be fair, it should be noted that the Russian military registration and enlistment offices also faced the problem of the need to clarify data during partial mobilization. It was with this that cases of mobilization of large fathers and persons with various diseases were associated.

However, in Ukraine, the distribution of subpoenas on the streets may also be due to the fact that the high losses of Ukrainian formations in the Donbass required them to be saturated as soon as possible with a new batch of mobilized. For many of them, conscription to the Armed Forces of Ukraine is a one-way ticket.
Military Reviewin Yandex News
Military Reviewin Yandex Zen
44 comments
Ad