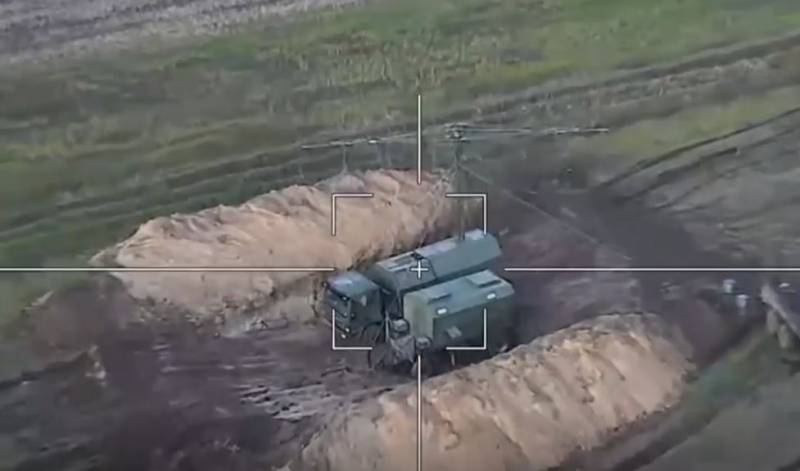 Russian troops continue to use kamikaze drones to destroy Ukrainian infrastructure, as well as armored vehicles and various complexes. If in the first case, Geran drones with a long range are used, then in the area of ​​​​the contact line, Lancet loitering ammunition is actively operating.


Recently, the Russian military has increased the intensity of the use of kamikaze drones, which has borne fruit. Videos appeared on the Web about the destruction of American M777 howitzers, as well as various radar stations, including P-18 - mobile two-coordinate all-round radar.

According to the TG channel "Archangel of Spetsnaz", in the Kherson direction, a P-18 radar of the Armed Forces of Ukraine fell under the attack of the "Lancet". The Ukrainian station was discovered by a Russian reconnaissance drone, after which loitering ammunition worked on it. It is worth noting that the radar station of the Armed Forces of Ukraine was not so far from the front line, since the range of the Lancets does not exceed 40 km and they work mainly in areas of enemy positions. The defeat of the station was recorded from another UAV that was filming.

The Russian military speaks well of the Lancet drones, but they ask to increase the mass of the charge, which is not always enough to destroy heavy armored vehicles. But the main request of the military is to supply the troops with as many drones as possible, both attack and reconnaissance. The importance of UAVs in modern warfare has been shown in the past months.