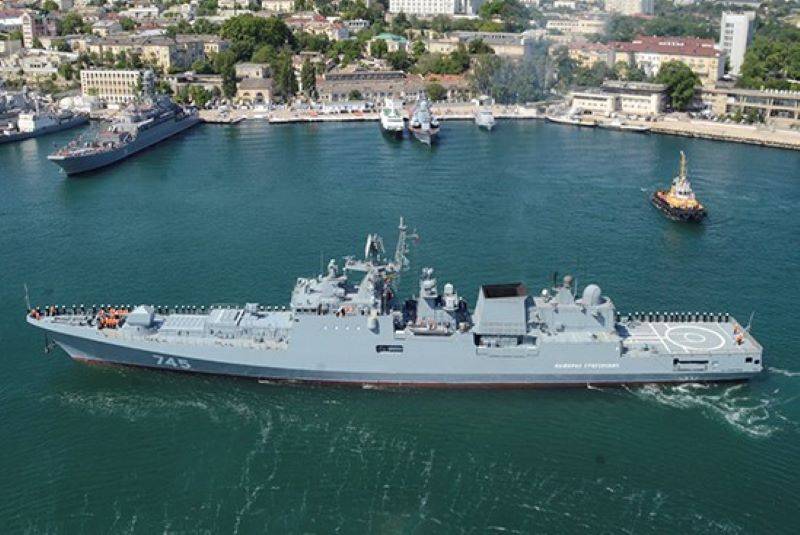 There is a lull in the Black Sea theater of the special military operation, but things can still change. And although drawing up detailed forecasts about the course of hostilities is a thankless and pointless task, several possible scenarios for the further development of events in the Black Sea water area can be drawn up.


This is how H. Sutton, a well-known military expert in the West, argues in his article for the Naval News magazine.

He notes that the Russian Black Sea Fleet has now reduced its activity, and its ships rarely leave their main base in Sevastopol. They rarely patrol the Northern Black Sea region. To a large extent, this, Sutton believes, was influenced by the appearance of Western-made coastal anti-ship systems in service with the Armed Forces of Ukraine, as well as the attack by drones on the Sevastopol Bay at the end of October. The latter caused practically no damage, but showed that such equipment is capable of posing a threat to Russian surface ships.

The expert notes that with the onset of winter, hostilities on land are likely to become less intense. At sea, he believes, a cold snap will also slow down the activity of the warring parties.

But it's not just about winter. Sutton believes that the Russian Navy will try to act very carefully so as not to endanger the ships, but certain circumstances may force the Russian Navy to act more decisively.

In particular, according to the author, in the event of further advancement of the Armed Forces of Ukraine in the Kherson direction, the Black Sea Fleet can begin to actively provide fire support to its troops, as well as deliver military cargo for them.

Another factor that can force the ships of the Black Sea fleet massively leaving the bay of Sevastopol, according to Sutton, could be a direct threat of shelling the city and port with long-range ground fire weapons of the Armed Forces of Ukraine. We are talking about MLRS HIMARS or any other Western-made systems.

In this case, the author suggests, Russian ships could be relocated to other ports. It is unlikely that it will be Novorossiysk, which, he argues, is already heavily loaded. Most likely, we can talk about smaller likely locations in the Crimea or in the Krasnodar Territory.

Sutton suggests that there are many other scenarios. In particular, he does not rule out that the Black Sea Fleet of the Russian Federation may be used in the future for landing troops on the Ukrainian coast. 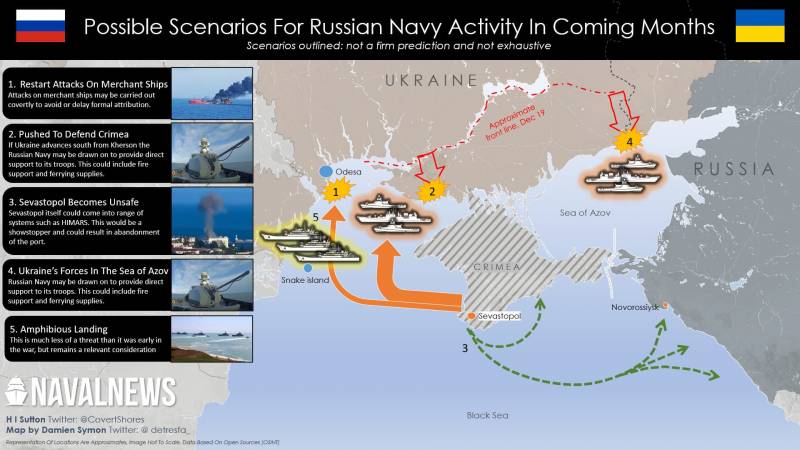