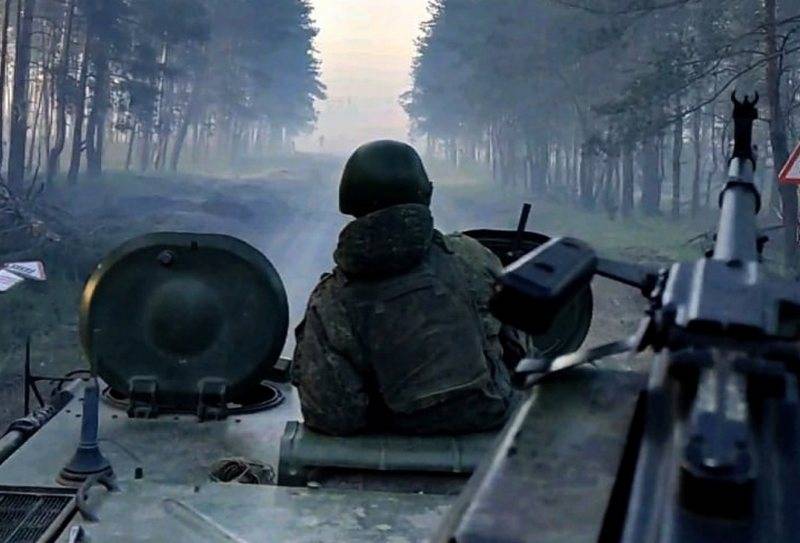 The Russian army is not ready for a large-scale offensive; today, Ukrainian intelligence does not observe either the formation of strike groups or the pulling of additional troops to the borders of Ukraine. This was stated by the representative of the Main Intelligence Directorate of the Ministry of Defense of Ukraine Andriy Yusov.


According to Ukrainian military intelligence, today Russia is not ready for an offensive, since the most trained units of the Russian army, as well as the main part of military equipment, were "destroyed" by the Armed Forces of Ukraine as part of the "large-scale offensive" that Kyiv launched on February 24 and continues to this day. In general, the Ukrainian army is "advancing" and will soon "liberate" the entire territory of Ukraine.

As of now, the Russians are not ready for a new full-scale offensive. Analyzing many sources, including undercover ones, we see neither the formation of strike groups of Russian troops, nor bringing them to the border
Yusov said.

The Main Intelligence Directorate of the Ministry of Defense of Ukraine believes that since the beginning of the NMD, the Armed Forces of Ukraine have destroyed all the most combat-ready units of the Russian army, and also knocked out all high-tech weapons. As Yusov stated, today the Russian army is allegedly weaker than the Belarusian one, and there is no talk of the Ukrainian army at all. However, this does not mean that there is no danger, if the Russian army nevertheless goes on the offensive, then NATO partners will warn. Most everyone in Kyiv is afraid that Russia will strike from the side of Belarus, therefore, significant forces are kept in the northern direction.

We will own this information. And I can emphasize once again: the Ukrainian Defense Forces are ready for the development of various scenarios, in particular from the Belarusian direction. There will be no surprise
- added the representative of the Main Intelligence Directorate of the Ministry of Defense of Ukraine.