The United States expands the training program of the Armed Forces of Ukraine, promising to train up to a battalion of Ukrainian military personnel per month 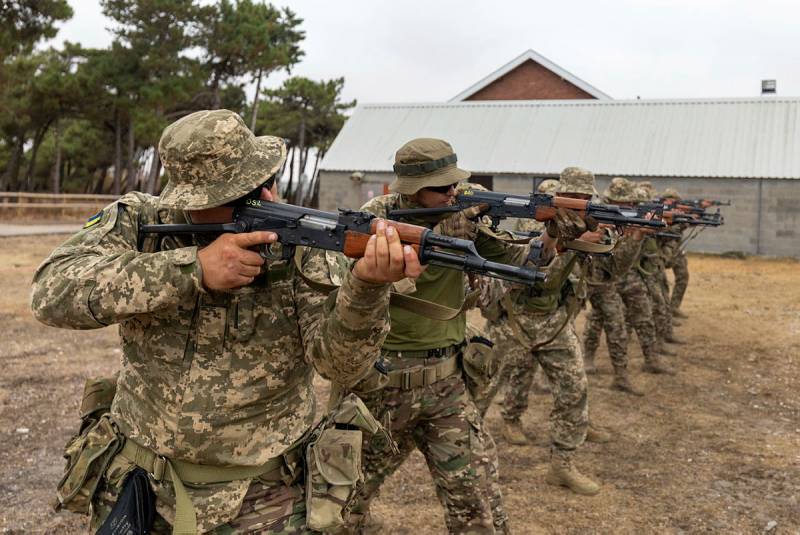 
The US military is expanding the training program for the Armed Forces of Ukraine, which is being implemented in Germany. According to available data, next year, US military instructors intend to train 600 to 800 Ukrainian soldiers every month, i.е. about a battalion every month. The program will include training in more complex combat tactics, including coordination of infantry with artillery, other details are not yet known.

Currently, the Americans are training about 300 Ukrainian soldiers per month, these are average figures. Moreover, there is practically no combined arms training; since the beginning of the Russian NMD, the United States has been engaged in highly specialized training, preparing crews of artillery or MLRS, anti-aircraft systems, etc.

The General Staff of the Armed Forces of Ukraine says that since February, the Americans have trained 3100 Ukrainian soldiers, of which 610 servicemen have been trained as HIMARS MLRS crews. In addition, crews for American M777 howitzers, NASAMS air defense systems, and self-propelled artillery mounts were trained in Germany.

Meanwhile, the Pentagon promises that the new training program for the Armed Forces of Ukraine will be "more intensive and comprehensive" and will surpass the training programs of the Armed Forces of Ukraine that are being implemented by the UK on its territory and the European Union on the territory of Poland.
Military Reviewin Yandex News
Military Reviewin Yandex Zen
19 comments
Ad