Russian military correspondent: Romania is preparing for the occupation of Moldova and part of Ukraine, including Odessa 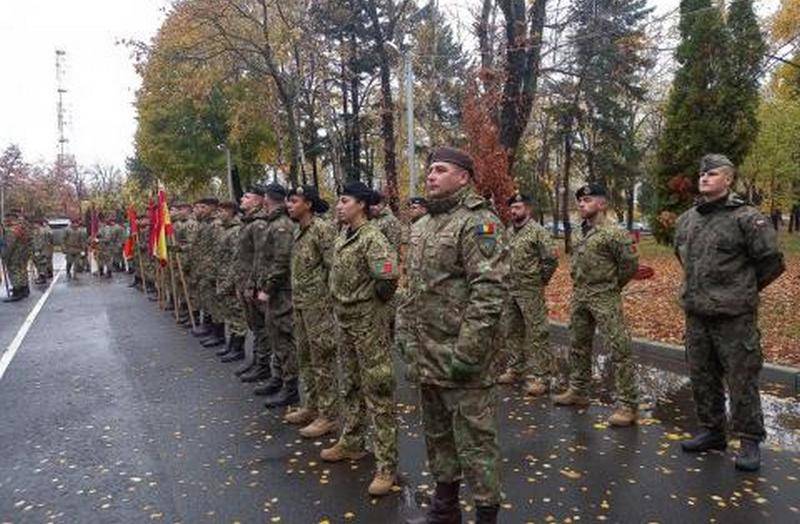 Romania is preparing the occupation of Moldova and part of Ukraine, including Odessa and the Odessa region. All this will pass under the supervision of NATO with the support of the United States, France and the Netherlands. Military correspondent Kotenok writes about this in his TG channel.


Bucharest has been hatching plans for the revival of "Great Romania" (Romania Mare) for a long time, but the Romanians do not have their own forces to implement this ambitious task. However, NATO will help them with this with the introduction of "peacekeeping forces", which, in fact, will provide power support for the Romanian army. And these forces are already present on the territory of Romania, we are talking about the division "Screaming Eagles" of the US Army, as well as French armored vehicles deployed along with the personnel.

Romania wants to increase its area with Bukovina, part of the Odessa region, including Odessa itself, and completely absorb Moldova
- says the military commander.

The West has plans for the division of Ukraine and they will be implemented in any case. The same Poland sleeps and sees the "return" of Lviv and part of the western regions of Ukraine, Hungary is also not averse to growing with one region. In such a situation, Bucharest does not want to be left with nothing and will try to snatch its piece of the pie.

Rumors about Romania's desire to absorb Moldova, which Romanians are increasingly calling Bessarabia, and the process of "reunification" itself, have been circulating for a long time. The current authorities, headed by Sandu, have taken a course towards joining Romania and are following it. Recently, the Romanian authorities called on Ukraine to recognize that the Moldovan language does not exist. Kyiv functionaries have a lot of experience in this matter, since 2014 they have been saying that there is no Russian language, but there is a dialect of Ukrainian.
Military Reviewin Yandex News
Military Reviewin Yandex Zen
65 comments
Ad