How to go beyond the eternal crisis of NATO ("World Politics Review", USA) 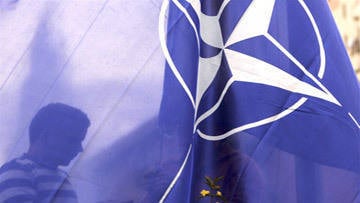 As the faded foliage on the trees heralds the onset of winter cold, so the approach of the summit of the organization of the North Atlantic Treaty can be guessed by its true signs. The media are overwhelmed with comments from commentators about the “NATO crisis”, and from the capitals of the countries participating in the bloc slip information about the true designs of NATO in the 21st century.

This is an annual ritual, with the proclamation of unity and cohesion of the bloc, inevitably accompanying any NATO summit, which also acquired a symbolic meaning.

After the meeting, reality makes its own amendments to the hotly approved concept of the block. Again and again, all the same problems arise: joint responsibility, the right choice of geographic priorities and other trivial problems. From 2002, Afghanistan has been added to them. But, despite the new strategic concepts, declarations and commitments, nothing seems to change: if NATO were a film, it would be Groundhog Day.

Indeed, if I were lazy, I could very well have taken an essay from the National Review 2002 of the year for my column this week; something would have to be corrected, changed several names and dates, and the text would be no less relevant than eight years ago. Instead, on the eve of the next summit, which is to be held this year in Lisbon, I offer readers a number of postulates regarding NATO; I am driven by the hope that we will be able to break out of the circle of constantly discussed problems and move on to the serious business of renewing a still viable and vital union.

First, we must stop living in the “post-Soviet world”: it no longer exists. Continuing to consider the Soviet Union and 1989 the year as a starting point today makes no more sense than to speak of Europe 1938 as the “post-Hapsburg” world. If the proposals put forward by French President Nicolas Sarkozy during the recent trilateral meeting between France, Germany and Russia, will take root in the coming years - especially the proposal to create a European Security Council - if you manage to realize “technical and humanitarian cooperation with Russia and partnership with it in the field of security ", About which the French president speaks, then the general architecture of Europe will fundamentally change in such a way that all divisions of the Cold War era will go once and for all to landfill stories.

Secondly, with regard to the war in Afghanistan, NATO needs to end its alignment with the Soviet Union. Whether the mission in Afghanistan will ultimately be “won, lost or delayed” is not a matter of life and death for the alliance. And it was a mistake to make the Afghan mission the essence of the existence of NATO, since it implies that the stability of the Euro-Atlantic community, on the contrary, can be taken for granted; However, it is not. The main focus of NATO’s interests should be precisely the stability of the eastern and southern outskirts of the Atlantic community. And when on the southern flank, one after another, there are security threats, the alliance cannot afford to underestimate the seriousness of the situation. A new wave of drug trafficking from South America through Africa to Europe demonstrates that the entire Mediterranean region remains the “most vulnerable” of the Euro-Atlantic world and the spread and export of security to the south, Africa, the Caribbean and Latin America should be a key priority for the North Atlantic bloc .

Thirdly, it is necessary to abandon the short-sighted binary logic, according to which the NATO bloc should be everything, otherwise it is nothing. Among the member states of the bloc there is no consistent political will or desire to ruin the alliance or declare that “its mission has been accomplished” - despite the large number of ink spilled on this matter. On the other hand, the member states of the bloc do not have the political will or desire to move all in, expanding its composition or placing it at the center of its state security policy. Today, the significance of NATO is determined not by the fact that the bloc is holding back the “eastern hordes” - whether it is Soviet, al-Qaeda or even Chinese - but because it effectively controls risk in the Euro-Atlantic zone.

Finally, we must stop trying to find a “substitute” for the Soviet Union as the central organizing principle justifying the very existence of NATO. There are a great many threats to security that the alliance can help combat, and there is no need to artificially look for some single danger that represents an existential threat to the Euro-Atlantic community.

These four postulates entail certain political consequences for the countries of the alliance, and, most importantly, for the United States of America. Over the past twenty years, American administrations, succeeding one another, have tried to “hand over” NATO to Congress and the public, trying to share the burden of responsibility with them. It is now vital that other bloc members are grateful to America for being able to hold Soviet Tanks on the eastern bank of the Elbe, from 1945 to 1989, would materialize their gratitude by alleviating the USA’s burden that they bear in other regions of the world. When NATO “fails to cope”, and many have taken the situation in Afghanistan in this way, public opinion begins to question the value of the ongoing US efforts.

Our politicians should explain to those who are skeptical about NATO that the main importance of the alliance is maintaining calm and stability in Europe. The George W. Bush administration was well aware that 1990-1991 operations were. The Desert Shield / Desert Storm could not be held if Europe retained the configuration of the Cold War era. It was the stabilization of the European political theater that allowed the USA in recent years to focus attention and resources in other parts of the world. In this vein, NATO still has the meaning of a friendly security treaty for US interests.

Today, however, the scope of NATO’s activities should expand beyond the traditional geographical outlines, encompassing northern and western Africa, the Middle East and even part of the western hemisphere. And operations in this expanded area — the fight against piracy off the coast of Somalia, for example — other NATO member countries must be able to carry on without significant US involvement.

Europeans, for their part, understandably resist the idea of ​​expanding the alliance in such a way that the whole world becomes part of the North Atlantic. This, in turn, leads to another question that needs to be dealt with: how to reach consensus within the North Atlantic Alliance itself? With the current approach to the activities of the alliance in Afghanistan, the United States of America defines most of the goals of the alliance and assumes the lion’s share of responsibility, while other NATO members are only pondering whether they will support them and on what particular conditions. It cannot continue for so long, but the situation cannot be changed radically until a more complete agreement is reached on what mission the alliance is ready to undertake and what decision will be taken by the member countries of the bloc, on a bilateral basis, on participation . We must be prepared for the emergence in the future of factions within the alliance itself, the emergence of agreements on security issues and, I dare to suggest, even coalitions of goodwill, under the united auspices of NATO.

If members of the alliance can reach agreement on these items, instead of letting fog, inventing statements of consensus, then the development of the North Atlantic bloc will have the opportunity to move forward further. But as long as the Washington political establishment fosters hopes and sees justification for America’s continued participation in the alliance, NATO will take on a truly serious role in ensuring world security, and the Europeans, for their part, will continue to define the Euro-Atlantic area much more narrowly security, while allowing one’s own capabilities of projecting military power, even in a lightweight regional version, to atrophy - one can expect the Lisbon summit to lead to the same result , Which previously led the Bucharest summit, the Prague summit .. any other previous summit, which you remember. And then I will not throw away the old articles about NATO, they will still be useful - they will only have to be updated a little.

Author:
Nicholas Gvozdev is a former editor at the National Interest, a foreign policy commentator, often in print and on the air. He currently works at the US Naval College faculty. The article expresses his personal views that do not reflect the views of the government or the leadership of the US Navy; his weekly heading in WPR Realism Prism comes out on Fridays.
Originator:
http://www.worldpoliticsreview.com/article...erpetual-crisis"rel =" nofollow ">http://www.worldpoliticsreview.com/article...erpetual-crisis