Turkmen president: our first ally is Russia, the second is the United States 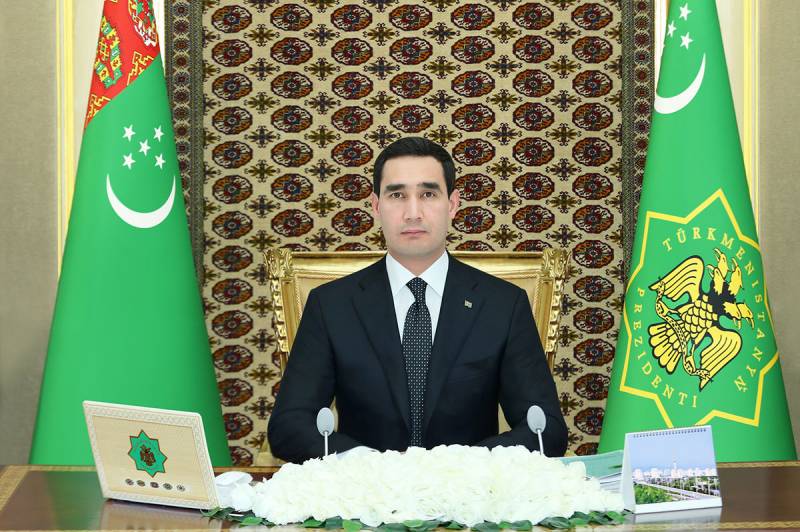 Speaking at a meeting of the Turkmen government, President Serdar Berdimuhamedov said that Russia ranks first among Turkmenistan's allies. The meeting was attended by representatives of diplomatic missions of foreign states in Turkmenistan. This information was disseminated by the Turkmen newspaper "Neutral Turkmenistan".


According to Berdimuhamedov, his visit to Russia in June this year was fruitful, and the parties managed to agree on a wide range of issues, including such areas as trade, agriculture, culture, etc.

Earlier, Russian Foreign Minister Sergei Lavrov said that Moscow and Ashgabat were preparing a large package of documents on trade and economic cooperation for signing.

During President Berdimuhamedov's visit to Moscow in June 2022, the parties also signed a Declaration on deepening the strategic partnership between Russia and Turkmenistan.

At the same time, the Turkmen president also named the country that is in second place in the foreign policy priorities and allied relations of Ashgabat - the United States.

Recall that US Assistant Secretary of State Donald Lu visited the country last month and promised Washington's help to Ashgabat in benefiting from anti-Russian sanctions, thus pushing the country's authorities to join these sanctions measures.