Priority project for the development of the Far East

November 3, 2012
104
Before the opening of the APEC summit, which this year was held in Vladivostok, the Russian side announced as one of the priority questions about the investment attractiveness of the Far Eastern region. At the same time, the investment attractiveness itself cannot manifest itself without the development of the region’s transport infrastructure and its proper settlement. 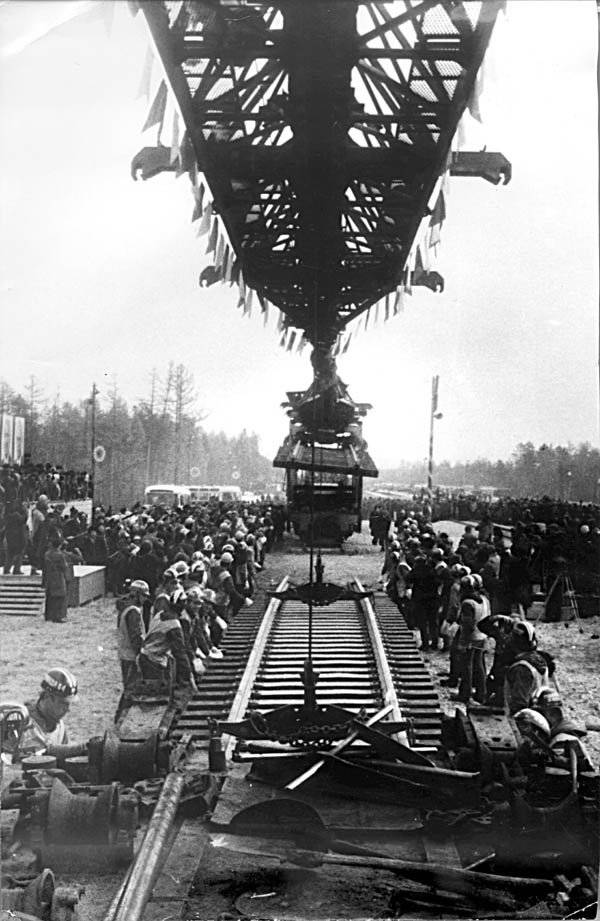 Based on this, skepticism has emerged that the Russian authorities want to spend budget funds for the implementation of certain ghostly projects, like BAM-protracted construction, which, ultimately, will not lead to positive economic results. Critical arrows from outside, let's say, especially democratized media, fell on those who proposed to modernize the railway network of Siberia in order to ensure in the future the stability of the transportation of produced resources from the fields to the Far Eastern ports of the Far East. The criticism was expressed in the fact that such projects are supposedly impossible to implement in modern Russia, the money will definitely be stolen, initiatives are planned, and therefore it will be necessary to expect better times.

However, if we expect "better times", then, paying attention to history of our country, we can say that such times may never come ... And because it is time to act now, if we do not want to be on the backyard of civilization. Someone will say that such a message sounds too pathetic, but this is precisely the situation when even excessive pathos does not hurt. Why? Yes, because if every state initiative is a priori treated with constant skepticism, then it is possible to remain out of work, blaming the crisis, then corruption, bad leadership, or the eternal Russian adversity, about which Gogol once wrote.

Apparently, the critical arrows did not particularly impressed the Russian authorities, and therefore the development project of the Far East gradually acquires real outlines. And the initial step here looks like the approval by the Ministry of Transport of Russia of the proposal of JSC Russian Railways for the reconstruction and modernization of the Baikal-Amur Mainline. It is planned that within the next few years 8 the throughput of BAM should grow 3 times - up to 50 million tons of cargo per year. To solve such an ambitious task, you will not only have to work on the existing railroad tracks, but, in fact, build new branches, which today are increasingly called BAM-2.

At a recent press conference, the head of the Amur Region, Oleg Kozhemyako, focused on the fact that if today we don’t start a project to develop the region’s transport system, then in the near future we will have to forget about the development of numerous mineral deposits that the Far Eastern land is rich in.

It is worth recalling that Vladimir Putin spoke about the same immediately after taking office in May of this year. Then Putin’s decree was born on the need to translate into reality the Federal Target Program aimed at the development of the Baikal regions and the Far East. The total amount of state funding of several dozen projects that formed the basis of the program will be about 1 trillion rubles for up to 2020 year.

According to the program, as part of the development of the railway cluster, it is planned to expand the Vostochny-Nakhodka branch, build a railway line from Yakutsk to Magadan, and branch lines to several Yakut fields so that the resources extracted can be easily delivered to ports or processing plants. In addition, there are plans to endow BAM with the status of a railway specializing in the transportation of heavy trains. Russian Railways has a plan for the implementation of the unfinished Soviet project on the connection of BAM and Transsib with the help of the Mozgon-Novy Uoyan branch, about 700 kilometers in length.

Obviously, the project looks more than promising and promises truly impressive profits. However, skeptics are still inclined to see in the project the negative associated with an excessively excessive amount of investments and the fact that only Chinese industrial enterprises will benefit from the development of the railway infrastructure. At the same time, the same skeptical experts said yesterday that one of the options for the development of the Far East is precisely the growth of trade and economic ties with the PRC. They say that if in the vast Russian region there live a little more than 6 million people, then in a short time it is simply impossible to develop our own large-scale production clusters here, which means you need to be interested in China’s purchasing activity in relation to our metals and energy resources.

Moreover, if the development of China’s trade with the Far Eastern subjects of the Russian Federation is called skeptics, almost without a blow to the Russian economy, which will “feed” the Chinese, then it is completely incomprehensible what the authors of this conviction see as a development of the Far East. Building railways, it turns out, is long and expensive; you should not develop new fields, because resources will flow exclusively to China - also bad; developing a policy of creating new jobs in the Far East is utopia ... In general, only criticism is heard so far, but no one from the camp of critics is going to make any truly rational proposals. And this is the whole trend of modern oppositional skepticism: a person perceives any initiative of the Russian authorities with hostility even before it moves to the implementation stage, and after that, how it goes ... It goes bad - they will say: aha! We said that the case would be a failure. And it will go well, so quickly switch to another topic, so that no one remembers the apocalyptic predictions.

Today, the presence of such a railway as the Baikal-Amur Mainline is one of the factors for the development of Siberia and the Far East. It is along transport arteries that settlements and production enterprises are born and develop. The greater the volume of cargo and the greater passenger traffic will be observed passing through these transport arteries, the more attractive in the investment plan will be the Far Eastern region.

Of course, increasing the capacity of BAM is an extremely costly task. However, here you can say that every ruble invested in a new project can return in the form of multiple profits. At the same time here, by and large, it does not matter whether the project will be implemented as part of a program to transform Russia into a huge transit country, through which territory millions of tons of cargo will flow from China to Europe; or will remain solely domestic. In any case, the modernization of transport infrastructure will be useful for the development of a huge region, the depths of which are exceptionally rich.
Nowadays, the Baikal-Amur Mainline, the main section of which connects the port of Sovetskaya Gavan with Taishet, is part of a large-scale project of the so-called Great Northern Railway Track, a sample of the beginning of the 20th century. According to this project, a colossal length of the railway line was to pass through the northern regions of Russia (the Soviet Union). According to the authors, it was supposed to start in the port of Murmansk and end at the shores of the Tatar Strait. This highway was planned to be built for the development of those regions of Siberia that are not covered by the infrastructural influence of the Trans-Siberian Railway.

Today, the project looks less than half realized, although a large Soviet building in the form of BAM (1938-1984) has substantially embodied the aspirations of those who were at the origin of the Great Northern Railway Project. If, within the framework of the development of the railway system of the country as a whole, to realize the idea of ​​connecting the fields of the Khanty-Mansiysk Autonomous Okrug with BAM (slightly less than 2000 km), then the ambitious project will be completed. The project was christened Sevsib. However, its implementation will require additional expenses (about 12 billions of dollars, according to economists), and these expenses, for obvious reasons, will also be criticized by those who in the mere mention of the phrase "development of Russia" sees an indispensable catch and a desire to cut the budget.

But, whatever the critics of critics say, the state authorities should bring the begun to the end. Yes - these are serious costs, yes - someone will certainly say that it is better to raise the minimum wage today or to distribute money into your hands, yes - the project will require the use of enormous human resources. But at the same time, the implementation of a new project - new jobs, attraction of private capital, influx of labor force (and not only, note migrant workers) to the Far Eastern region, connection of large fields with port infrastructure, replenishment of federal and regional budgets, stimulation of huge economic development. region, the possibility of using new routes for the transit of foreign goods. In general, what a sin to conceal, with such a large-scale project, the new Russia has not yet encountered. But as they say, one has only to start ...

In 1938, the economic situation of the Soviet Union was much worse than the situation of modern Russia, but with the political will supported by economic considerations of rationality and profitability, the project was implemented. The Soviet Union took more than 40 intermittent years to implement. Russia has a chance, using modern resources and mechanisms, to solve the problem much faster. After all, it is necessary once to prove their production consistency.