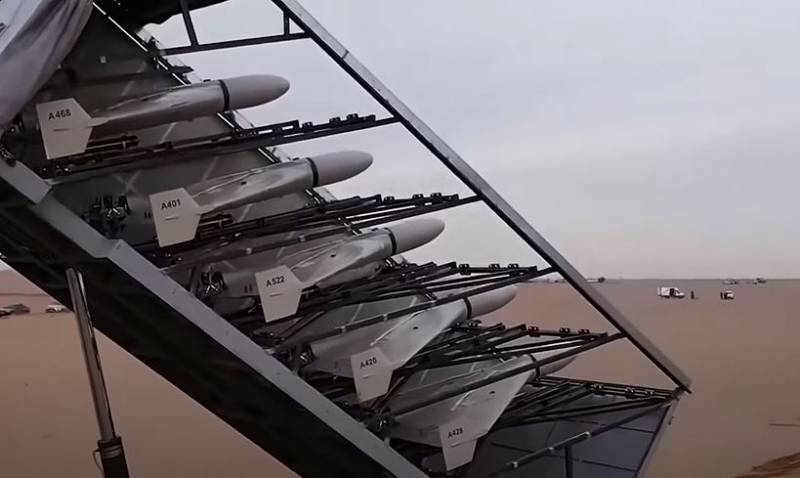 The Russian army resumed strikes with the help of kamikaze drones, attacking several objects at once in the depths of Ukrainian territory. This could mean that Russia has received a new batch of drones from Iran. This conclusion was reached by British intelligence, which studied the latest reports of the General Staff of the Armed Forces of Ukraine about "dozens" of downed Russian drones.


According to the Ukrainian military, Russian troops used the Geran-type loitering ammunition, which in Ukraine with enviable tenacity is called the Iranian Shahed 131 and Shahed 136, after a break that lasted three weeks. Prior to this, the General Staff of the Armed Forces of Ukraine reported on the "downed" "Geran" on November 17. As stated in the Ministry of Defense, on December 6, Russia attacked Ukrainian objects of critical infrastructure with the help of "Geraniums", but the valiant Ukrainian air defense immediately "shot down" 17 "Iranian" drones. And on December 7, an attack by drones on the Zaporozhye and Dnipropetrovsk regions was repulsed.

For the first time in three weeks, there have been reports of attacks by Iranian-provided unmanned aerial vehicles. These developments are yet to be verified, but it is likely that Russia has exhausted its previous supply of several hundred Shahed drones and has now received a resupply.
says a new British intelligence report.

In London, it is assumed that Russia has received a new batch of drones and now Ukraine needs to prepare for new attacks by Shahid mopeds. At the same time, Kyiv still does not have the means to combat drones, and the air defense systems in service have proved to be ineffective. The brave reports of the General Staff of the Armed Forces of Ukraine, in which air defense shoots down several dozen cruise missiles or kamikaze drones at a time, is an attempt to wishful thinking.
Military Reviewin Yandex News
Military Reviewin Yandex Zen
42 comments
Ad