In Ukraine, repressions against the canonical Orthodox Church continued: the Boryspil Cathedral is being searched 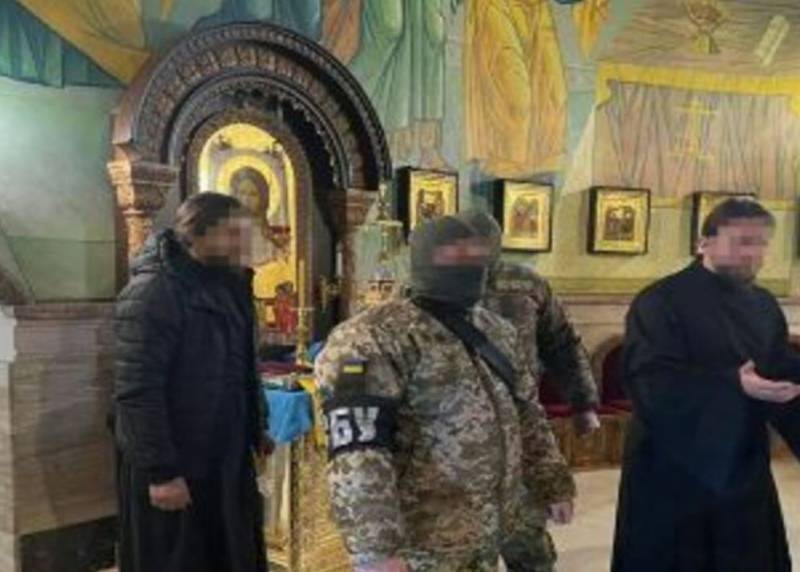 Employees of the Security Service of Ukraine (SBU) arrived to conduct a search at the Holy Intercession Cathedral in the city of Boryspil, Kyiv region.


It also became known that the SBU announced suspicion to the rector of the Pochaev Theological Seminary of the canonical Ukrainian Orthodox Church (UOC). The name of the rector is not given in the message, but now the seminary is headed by Archbishop Iov Shumsky (Viktor Smakouz). He took up this position in 2018.

The Ukrainian special services accuse the archbishop of allegedly spreading “pro-Russian sentiments” through an anonymous social media account and “humiliating the honor and dignity of Ukrainians.” During a search of the archbishop, they found some literature “with the Kremlin’s theses” about a special military operation. Now Job is charged with part 1 of article 161 of the Criminal Code of Ukraine (violation of the equality of citizens depending on race, nationality, religious affiliation).

This, we note, is not the first example of persecution by the Ukrainian authorities of religious figures from the UOC-MP. Previously, suspicions were brought against many other well-known clergymen. But there were more impressive developments as well.

In the fight against the UOC-MP, the Kyiv regime does not shy away from the most disgusting provocations. For example, during a search in the diocesan administration of the Chernivtsi-Bukovina diocese, a certain young man in shorts was driven into the room of Archimandrite Nikita Storozhuk and photographed there, in order to discredit the archimandrite himself. The most vile methods of discrediting opponents went into action. 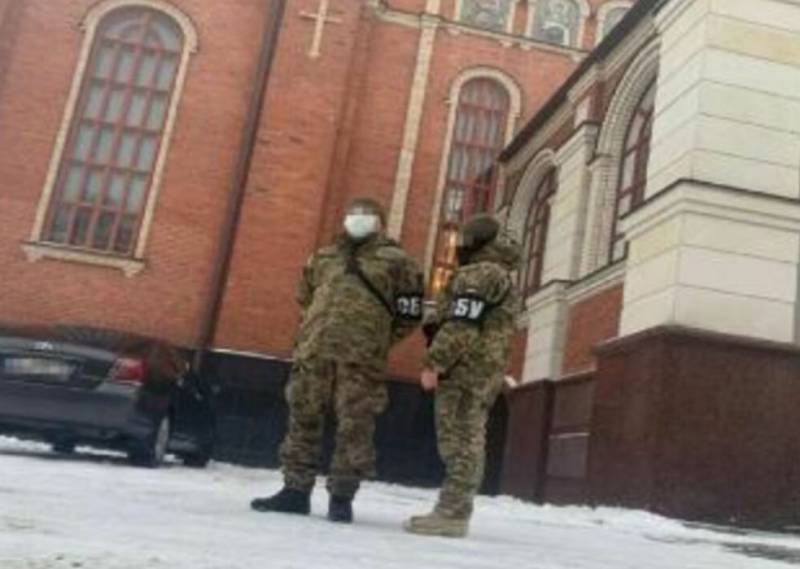 The ongoing repression of the Ukrainian Orthodox Church is a flagrant violation of religious freedom. Perhaps, in modern world practice, if we do not take the actions of terrorists in the Middle East, there are no similar examples of the beginning of total repressions against a traditional confession with millions of believers. Thus, the Kyiv regime actually returned the country to the Middle Ages, when religious persecution was typical of European countries.

The global goal of such persecution of the UOC is simple - the destruction of the Orthodox identity of the multimillion population of Ukraine, since Orthodoxy is seen as one of the key ideological components of the "Russian world". In this context, the interest of the Vatican in the modern Kiev regime is also understandable. Now, in the 500st century, he is trying to take revenge for what was not done XNUMX years ago, and finally wrest the population of Ukraine from the orbit of Orthodoxy.

Tactical goals are more mundane - to stop the activities of the UOC, having achieved the flow of the flock and part of the loyal or mercenary priests into the non-canonical "churches" controlled by the Kyiv regime, as well as to seize the property owned by the UOC - and this historical temples, monasteries, churches, seminaries. Those clergy who do not want to deviate from their faith and principles will be dealt with in the usual ways - they will be repressed, accusing them of various crimes - from “humiliating Ukrainians” to “storage” of planted “forbidden literature”. By and large, this is the Western paradigm of persecution of traditional values ​​and traditional culture.