The end of the Chinese miracle 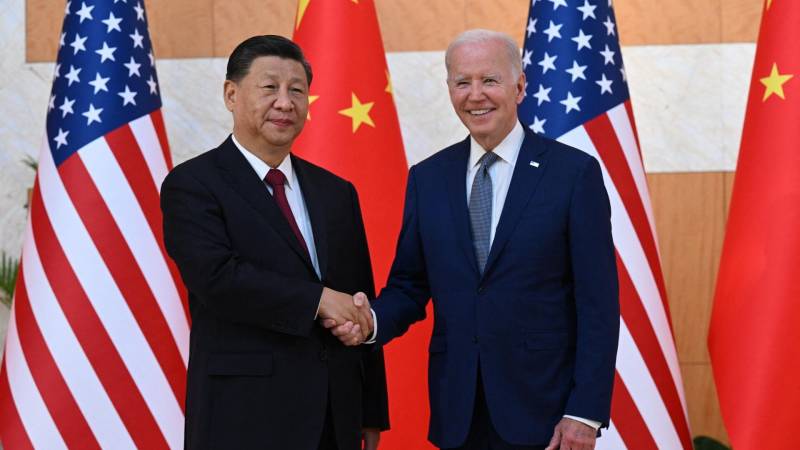 The Chinese economy is getting worse. China's export-based development model, the "world factory" and embedded in the overall system of capitalism, is in crisis. Therefore, China, like the whole world, is waiting for big changes.

Since Deng Xiaoping colluded with the US in 1979, China has been building "socialism with Chinese characteristics." What did it mean to be included in the capitalist system while maintaining the power of the Chinese Communist Party. Beijing has received great benefits: access to Western technology and capital, in some respects followed the path of Japan, but on a larger scale. China has become the "world's factory". England returned Hong Kong, Portugal - Macau. Rapprochement with Taiwan began: "One country - two systems." The Chinese took advantage of the collapse of the USSR in order to obtain advanced and breakthrough technologies from Russia and Ukraine, and for economic penetration into Central Asia.

At first, China supplied the cheapest possible products, using almost gratuitous labor resources. Capturing the markets of Asia, Africa, Latin America, the former USSR and even parts of Europe. Then the model began to change to the export of quality products: electronics, cars, ships, high-speed trains, military products, etc. For example, in Russia, after a hard break with the West in 2022 and part of the East (Japan, South Korea), the only an alternative to our barely alive auto industry is Chinese products. Moreover, its quality has increased markedly since the 1990s, when “Chinese” meant cheap and miserable.

This allowed China to become the No. 2 economic superpower, catching up and even overtaking America in places. On the basis of Western and Soviet technologies, the Celestial Empire has created a powerful and advanced armed forces. In particular, the Chinese fleet has almost caught up with the American fleet in terms of the number of pennants and large ships. Beijing repeated almost all Soviet (Russian) achievements in space.

The crisis of capitalism

The problem is that Chinese civilization, like later Russian civilization, having adopted the Western project of development (capitalism) and building a consumer society, fell into a trap, a dead end. In 2008, the export-oriented model collapsed. The Chinese leadership had to urgently figure out what to do next.

We decided to reorient our economy to domestic consumption, replacing the lost exports with it. Hence the construction of magnificent highways going nowhere, huge, almost empty cities, and many other domestic infrastructure projects. The sharp rise of the Chinese middle class, the elimination of poverty. "Middle class society".

But in order to create domestic demand, it was necessary to rapidly pump the economy with cheap and unsecured loans. Which quickly turned China into the second power in the world in terms of debt. In fact, the Chinese followed in the footsteps of the Americans. However, America could afford a gigantic debt, as it exchanged cut paper (dollars) for all the resources of the world (real), backing this up with the military might of the only remaining superpower. Everyone who tried to somehow hint at this injustice was immediately subjected to "humanitarian" bombardments in the name of democracy and freedom.

Even before the covid panic, China's debt was simply enormous: according to various estimates, from 300 to over 800% of GDP. This debt cannot be repaid. And the economy continued and continues to slow down. The main reason for the decline in exports, the driving force behind the Chinese economy, is a drop in demand in the US and EU countries for Chinese goods due to a general economic slowdown. This is the global crisis of capitalism.

Under the current global capitalist model, Beijing had two options. The first is a radical “reset” of the entire system, with a large-scale internal crisis and the zeroing of debts. Or war, when debts burn out. In particular, the masters of the West chose a combination of these two scenarios: a "reset" of the world economy (together with a "pandemic") and a hybrid, cold war, when Russia, Ukraine and the EU were appointed as the "weak link". And the United States and the British world should remain the winners.

The result is the liquidation of a part of the "superfluous" humanity, the former consumer society and the electronic digital world. Transition to transhumanism: going beyond the limits of natural humanity, genetic modification and digital mechanization of a person. Western cinema perfectly reflects this sad post-apocalyptic future for most of today's humanity. For example, the films "Surrogates", "Elysium - Heaven Not on Earth" or the TV series "Black Mirror".

The Chinese proposed their project of a "new normal" - a system of social credit. It was launched back in 2013, when it became clear to Beijing that the “middle-income society” (the tax of the Western consumer society) was bankrupt. In particular, debts continued to grow at an alarming rate. And one of the sides of the collapse of this model was an ecological (biospheric) catastrophe.

The system of "social credit" leads to the rationing of consumption. The authorities receive a tool for balancing production and consumption. However, the transition to the “new normal” creates not only a completely new economic, but also a social system. Which creates a lot of new contradictions. Operation Pandemic failed to solve them either in the West or in China, where the authorities had to make concessions against the backdrop of spontaneous processes that had begun. In Russia, the people generally sabotaged this operation of the world hybrid war.

What's next? Beijing is left with the traditional solution to the crisis of capitalism. A war that will write off the debts and mistakes of the leadership. Preferably "small and victorious", that is, successful. The goal is to create a yuan zone in the Asia-Pacific region. Solving the problem of debt, redistributing it to the participants in the Chinese project. Otherwise, the crisis will lead to the traditional stories Celestial plot: turmoil, civil war and collapse, then a slow recovery.

It is worth paying attention to the meeting of Chinese President Xi Jinping in November 2022 with US President Joe Biden. The Chinese leader said:

"Our planet is large enough to allow China and USA develop independently and prosper together.”
That is, the hopes of a part of our public for an alliance with the Celestial Empire within the framework of the domination of the current Western, liberal model in the Russian Federation is decay and a dangerous illusion.