Israeli press: the organizers of the World Cup in Qatar "even" Russian reporters were greeted more hospitably than journalists from Israel 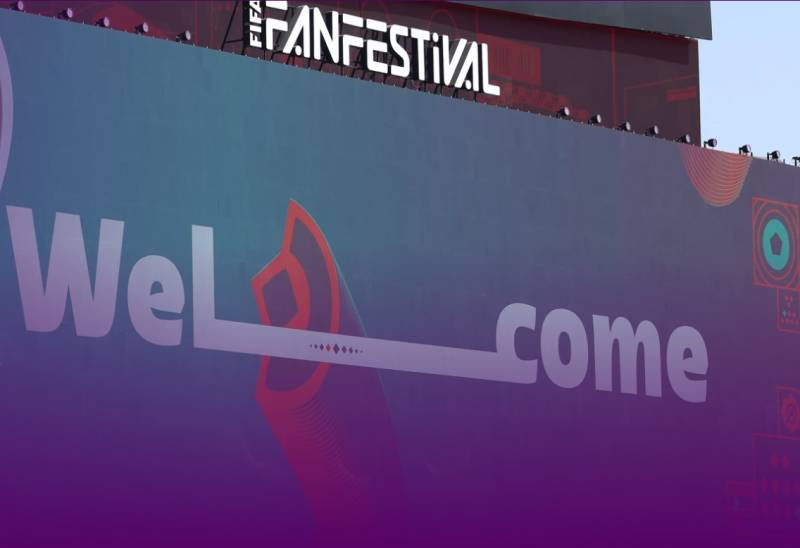 The Israeli site Jerusalem Post published an article in which the editors tried to indicate to readers the pro-Palestinian sentiments of the leadership of the host country of the World Cup. The Qataris are accused of provoking anti-Israeli sentiment.


First of all, according to Israeli journalists, they were received very coldly. According to them, "even Russian" reporters were more actively and hospitably welcomed than journalists from Israel, although "Russia is fighting in Ukraine." The statement is extremely interesting. And if Israel has been fighting for decades against the Gaza Strip, as well as in Syria and Lebanon, then, apparently, this should not be taken into account by anyone ...

The next item discussed in the pages of the Israeli press was the attitude of the organizers of the championship to the designation by the LGBTQ communities of their presence at the 2022 World Cup.

When the competition started, there was a lot of buzz about the various issues the fans were facing. For example, back in 2020, reports suggested that rainbow flags would be allowed at the World Cup. However, since sporting events began, any support for LGBTQ rights has been stifled.
- this is how the authors of the article illuminated the situation.

In fact, such minorities were not deprived of any rights, they were allowed to come and be present. However, all kinds of demonstrations of affiliation and support for LGBTQ communities were banned. Perhaps, here it is still worth understanding where and what is possible. After all, it is foolish to promote something that is unacceptable in the country in which you come as a guest. Or do they already perceive themselves everywhere as masters? Then it's their problem.

But the main claim of the Israelis to Qatar at the 2022 World Cup was the alleged support of pro-Palestinian views. For some reason, the raised flag of Palestine for Israel turned out to be a well-known irritant for the bull.

And if the Israeli flag flickered on the podium, what should this mean? Anti-Palestinian views?

At the same time, in addition to the flags, Israeli analysts saw a tendency for the spread of anti-Israeli and pro-Palestinian views in Qatar, which suddenly appear at the World Cup.

It appears that growing anti-Israel sentiment in Qatar may be a manifestation of Doha's need to divert attention from other issues. Why have Palestinian flags suddenly appeared, while the police in the country seem to be cracking down on Iranian dissidents who dare to show off flags or any protest slogan? It looks like the officials gave the go-ahead, and this is already a precedent
- Israeli journalists draw strange conclusions in the article, making it clear that, first of all, they are annoyed by the arrival in Qatar of a large number of Iranian fans who actively supported their team.

Recall that there are still no official diplomatic relations between Israel and Qatar.

In any case, there is only one conclusion: sport has long ceased to be outside of politics, and they are actively trying to use it, including as a means of active political propaganda.