The technology of creating Nazism. Ukrainian nation’s success as a sign of global depression 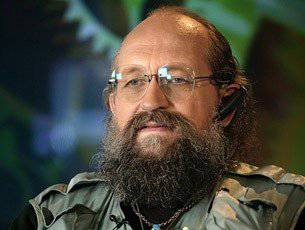 In my opinion, for the advancement of Nazi ideas into power, we need first and foremost the efforts of the government itself.

In general, it is not a secret to anyone: Ukrainian separatism was originally - from the middle of the XIX century, when it was mainly the Poles in the Austrian service who began to promote it - it relies on the works of obviously absurd Nazi legends. In essence, the whole concept of the Ukrainian people as something separate from the rest of the Russians is an initially absurd idea. To maintain it in the public consciousness, people are needed, to put it mildly, stupid and immoral. It is clear that such people accumulate in society not by chance, but by purposeful activity. When this activity leads to the accumulation of a certain critical mass, they naturally fall into public life.

But there are other necessary conditions. In more or less calm conditions, a significant part of citizens feel the danger of malignant Nazism and does not at all strive to bring to life the idea of ​​dividing people according to their origin (as well as other arbitrary characteristics). The success of Nazism also requires extremely disgusting economic conditions, which lead to the fact that people are forced to think only about the lasting survival and lose the ability to reflect on long-term problems.

Let me remind you: the first major surge in the activity of Nazi and other totalitarian currents in the whole world is generated by the First Great Depression. It was she who led to the fact that most of Europe was dominated by a variety of dictatorships, and most of these dictatorships were with this or that Nazi accent. I believe that the current second Great Depression will also give rise to many similar distortions in politics.

Ukraine is one of the most vulnerable links here, because all the same considerations of political separatism force its leadership to systematically refuse the simplest and most obvious way out of the economic collapse, namely, reunification (for a start - at least economic, and then natural way and political) with the rest of the Union. Obviously, the Ukrainian authorities cannot do this, because, as Comrade Ulyanov taught, “politics is the concentrated expression of the economy” - therefore, economic reunification will sooner or later entail political, which means Ukraine will simply lose all need for separatist authorities. Clearly, they do not want this - they, as I have often said, want to walk on foreign carpets for a longer time on the red carpet, even if they have to paint the paths with the blood of their own fellow citizens.

In my opinion, the fact that the Ukrainian government is now actually refusing to save its own economy for the sake of maintaining this self-destructive policy, just leads to the fact that people are able to break into power, able to substantiate this pathological activity with no less pathological arguments. So, in the success of the extremely Nazi Galician (albeit self-Ukrainian) party “Freedom”, which gathered every tenth vote in the elections 2012-10-28 and for the first time went to the Supreme Council, the role of Viktor Fedorovich Yanukovych is more important than the role of Oleg Yaroslavovich Tyagnybok.