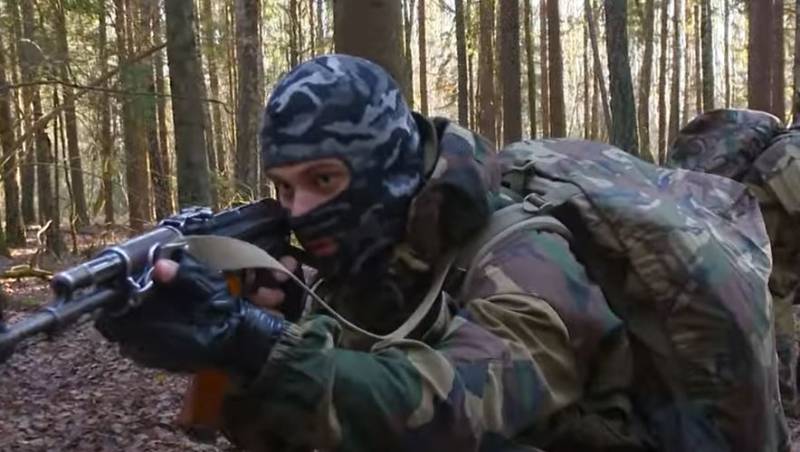 The Belarusian Ministry of Defense deployed units of the Special Operations Forces of the republic to the border area with Ukraine. According to the General Staff of the Armed Forces of Ukraine, in this way Minsk strengthens some sections of the state border.


Belarus is allegedly transferring SOF fighters to the border area with Ukraine. According to Ukrainian intelligence, we are talking about a unit of special operations forces that are part of the regional grouping of the allied forces of Russia and Belarus. According to preliminary information, the task of the fighters will be to protect certain sections of the state border, where penetration of Ukrainian DRGs is possible. The Ministry of Defense of Ukraine did not forget to accuse the Belarusian military of supporting Russia's "armed aggression" against Ukraine.

(...) Units of the Belarusian special operations forces, which are part of the regional grouping of troops of the so-called Union State of the Russian Federation and the Republic of Belarus, are involved in strengthening a section of the state border
- said in a statement.

Earlier, the General Staff of the Armed Forces of Ukraine stated that they did not believe in Belarus' refusal of plans to invade Ukraine and even named the number of Belarusian military who were allegedly ready to join Russian troops to strike from the northern direction to Kyiv. According to the Deputy Chief of the Main Operational Directorate of the General Staff, Brigadier General Aleksey Gromov, about 15 servicemen of the Belarusian army, "attracted by high salaries," are ready to participate in hostilities on the territory of Ukraine.

At the same time, the Ministry of Defense of Ukraine themselves refute their statements, arguing that they do not see any preparations for an invasion from Belarus. And the grouping of Russian troops on its territory is too small, there is not enough equipment, and there are too many mobilized.
Military Reviewin Yandex News
Military Reviewin Yandex Zen
18 comments
Ad