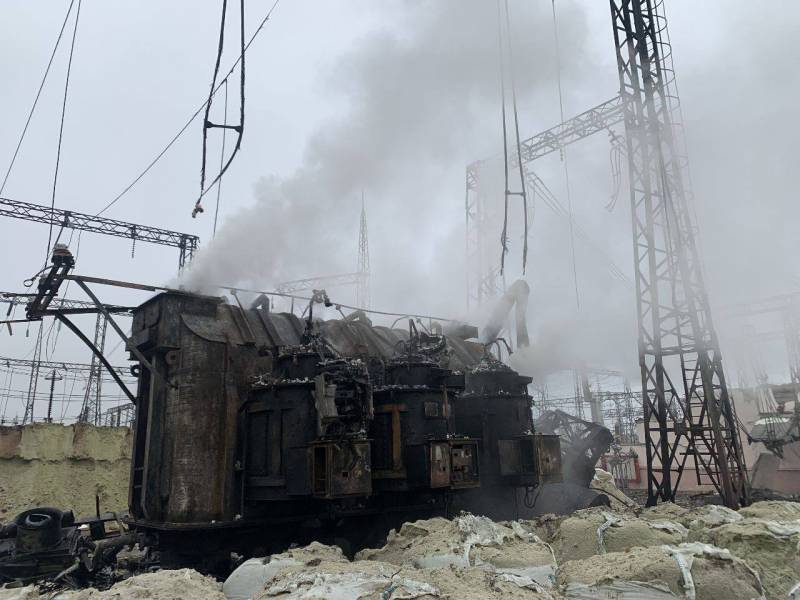 Judging by the reports of local representatives of the Kyiv regime and publications in Ukrainian social networks, today's rocket attack by the Russian Armed Forces on military and critical facilities on the territory of Ukraine is comparable in scale to the mass destruction of targets that occurred on November 15.


The first reports of air raid alerts began to come from the eastern regions of the country, then within a few hours a wave of sirens spread throughout Ukraine, right up to the western regions. Immediately, reports of explosions began to arrive in almost all major cities, including the capital and other settlements in the regions. 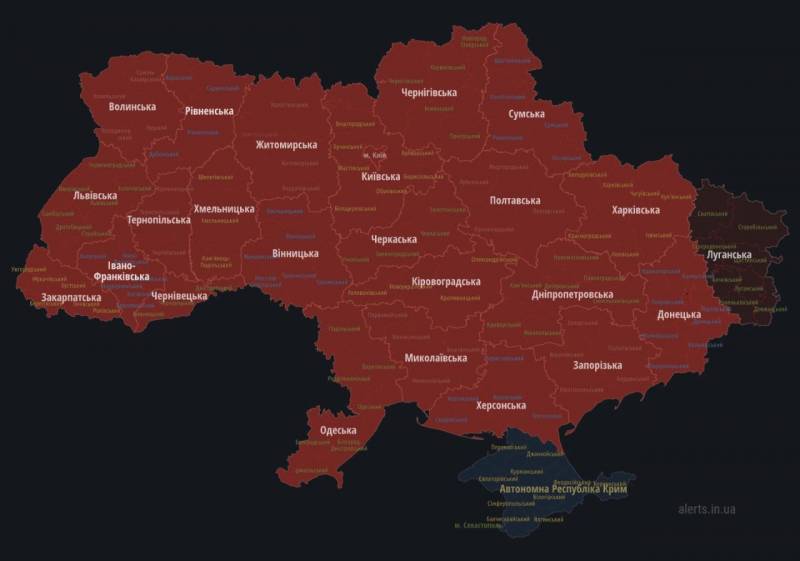 It makes no sense to list all the reports of arrivals, explosions and consequences in the form of power outages, water supply shutdowns, electric transport and metro shutdowns in most cities of the independent. There are a lot of them, some contradictory.

For example, Ukrainian publics immediately began to repost information and footage of getting into a residential building in Kyiv. Moreover, even they expressed doubts as to whether this was the work of the vaunted Ukrainian air defense, which once again missed.

In general, regarding the Ukrainian air defense system (or rather, NATO), today there were few laudatory statements from Kyiv propagandists about its effective work. In the Ukrainian public, a message flashed that, they say, now the Irises (German IRIS-T air defense systems) will shoot down all the missiles over Kyiv. But from the statements of the capital's mayor, Klitschko, it quickly became clear that the Western complexes this time, too, coped with their task, to put it mildly, not very well. Although, a little later, he bravely reported on “dozens of downed missiles”, initially stating that no more than six were fired in Kyiv ...

Some comments even sounded sarcastic that Russian missiles best of all "hit" the objects they are aimed at.

Judging by the numerous reports of massive blackouts, even in Moldova, the targets of Russian strikes have again been mainly energy facilities. It seems that the forecasts of the Kyiv mayor Klitschko about the upcoming evacuation of the capital's residents in the winter, which were made the day before, have become even closer to reality.

Some details from Ukrainian publics.

People from different regions of Ukraine report queues at gas stations. There are long queues in Kyiv stores, mostly they buy drinking water. Some ATMs no longer have cash. The mayor of Odessa, Gennady Trukhanov, writes that there is no water in the city due to a blackout, and the work of boiler houses that provide heat to houses has been stopped. Throughout Ukraine, there are serious interruptions in cellular communication and Internet access.

The section of the Druzhba oil pipeline in Ukraine has been partially stopped, while pumping from the territory of Belarus is still underway. Whether this was the result of missile strikes is still unknown.

The Ukrainian telegram channel of the Strana edition writes:

The current missile strike has led to the most severe consequences for the Ukrainian energy sector during the entire period of attacks on it. According to incoming information, most of the population of Ukraine was left without electricity. In many cities there is no heating and water.
Secretary of the National Security and Defense Council Danilov reacted to the rocket attack, saying that now there will definitely be "no negotiations with the Russian Federation." As if before that, someone, especially in Kyiv, was really preparing for them.