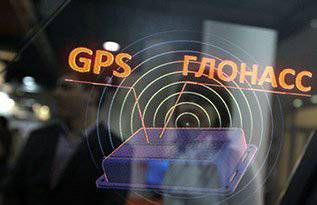 Roscosmos has proposed to place in the United States measuring stations of the GLONASS system in the framework of cooperation with the GPS system, reports RIA "News"Referring to the statement of the deputy head of the department Vitalia Davydova, made on Tuesday at a meeting of the working group on innovations of the Russian-American Presidential Commission.

Davydov recalled that at present the GPS and GLONASS systems are the only fully deployed navigation orbital groups. Currently, according to Roskosmos, 19 GPS measuring stations operate in the Russian Federation, while there are no similar GLONASS stations in the USA. In this regard, the deputy head of the department said:

- We propose to consider the possibility of cooperation in the exchange of measurement data and, to this end, deploy eight GLONASS stations in the United States.

According to Davydov, it is advisable to place such stations at NASA facilities. He explained that since Roskosmos and NASA are the leading organizations for cooperation between Russia and the United States in space, this will avoid unnecessary delays that could arise during the creation of stations in the United States.

Earlier, Dmitry Payson, director of development of a cluster of space technologies and telecommunications of the Skolkovo Foundation, in a conversation with Izvestia, estimated the likelihood of placing GLONASS in the USA:

- I believe that the issue of the deployment of SKDM GLONASS in the United States could well be resolved positively. Threats to US national security is not visible here. And there is no reason to talk about GPS and GLONASS competition either, it is already obvious to all that these systems complement each other.

In addition to the emerging expansion abroad, the leadership of Roskosmos wants to change a lot in the domestic market.

So, as early as September, the head of Roscosmos, Vladimir Popovkin, speaking to students of technical universities, stated that he considered it necessary to give private hands to the “lower floors” of production chains in the space industry related to the production of components, maintenance of space centers, as well as the space services sector.

Regarding the attitude of the department to the expansion of competition in the space industry, Mikhail Kokorich, director general of the Russian space startup Dauria Aerospace, told the Russian Innovation Week conference on the sidelines of the conference:

- Of course, when the real competition begins, we do not know how it will be perceived (by enterprises). But while Roscosmos is very constructive. Part of it needs to be definitely given to private business, because it is not capital-intensive, requires competences in relations with customers, and so on - that is where the state-owned business is not strong. The environment for such business participation has not yet matured. Its maturation is not a Roskosmos affair, it is, in fact, an entrepreneurial environment. Should appear the first successful options. If the licensing of space activities is now facilitated, if standards are unified, these will be powerful tools. I believe that the idea of ​​the state corporation is the most correct in this situation. But if you create one company, it still will not be able to do everything, anyway, it will have to give contracts to private owners.

As previously reported, Roskosmos prepared a package of proposals for transforming the organization into a state corporation following the example of Rosatom.

Academician of the Russian Academy of Cosmonautics. Tsiolkovsky Alexander Zheleznyakov, in turn, in a conversation with "However," skeptical about the plans of Roscosmos:

- I do not really believe in the deployment of GLONASS in the United States, because the Americans have their own GPS system. It is unlikely that they will create their own competitors with their own hands. We at one time GPS allowed our market because our GLONASS did not work. And their system worked and works. As for the transformation of Roscosmos into a state corporation, the conversations have been going on for several months now, but for now they are still conversations. It is difficult to say whether it will increase competitiveness or not. This will only show practice. Nobody knows what the possible transformation will look like in its finished form. There is only a general plan.