US press: Biden's national security adviser recommended that the Ukrainian authorities abandon the goal of restoring control over Crimea 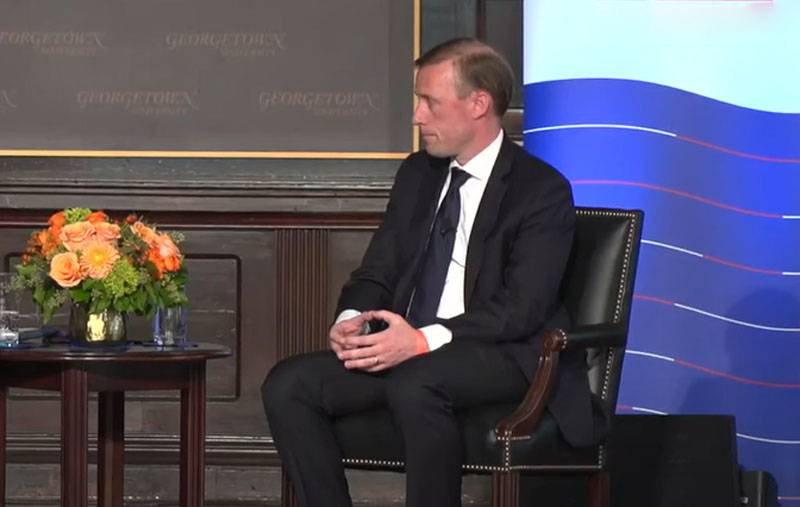 The American press continues to publish materials that talk about "the efforts of members of the US administration to convince the Ukrainian authorities of the need for a substantive discussion of a diplomatic settlement of the conflict."


Thus, the major American edition of The Wall Street Journal published some details of the recent visit of US national security adviser Jake Sullivan to Kyiv. Officially, it was previously indicated that the main purpose of his visit to Ukraine was allegedly to talk about the fact that the United States "will not turn off the path of providing military assistance."

And the publications of the American media say that Zelensky "was asked to form a realistic position on negotiations with the Russian authorities." These statements are made against the backdrop of statements by the head of the US Joint Chiefs of Staff, Mark Milley. The American general said that during the winter, hostilities in Ukraine "may be paused, which will serve as a window of opportunity for a diplomatic settlement of the conflict."

According to the WSJ publication, Jake Sullivan “recommended the Ukrainian authorities to abandon the goal of regaining control over Crimea.”

The material indicates that the US administration came to the conclusion that "there are opportunities for the negotiation process between Kyiv and Moscow."

It is noteworthy that Washington came to this conclusion for some reason right now - when winter is approaching, when elections themselves have been held, the final results of which cannot be determined in any way, and when problems with energy are aggravating in Ukraine, and in Ukrainian the treasury does not have its own funds. In the United States, they make it clear that Kyiv must change its goal setting.