Brigade Commander Khodakovsky: In the near future, Sergei Surovikin will face serious tests, especially in the Kherson direction 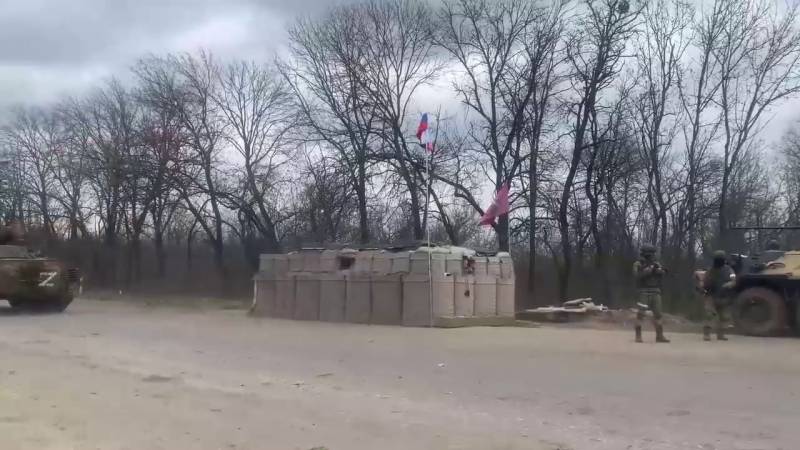 The commander of the Vostok brigade continues to give a balanced assessment of what is happening and the prospects for the development of the situation in the zone of the special military operation. Just a few hours ago, in his Telegram channel, he spoke about the difficult situation in the Ugledar direction. There, our allied forces are advancing towards Pavlovka, but wet fields, in particular, which, moreover, are also located in a lowland in relation to the enemy’s fortified areas, prevent rapid progress.


And now a new publication of the brigade commander has been published, in which he analyzes the situation as a whole for the command of the Northern Military District, primarily for the commander of the Russian grouping of troops in the zone of the special military operation, General of the Army Sergei Surovikin. We are talking about another, no less, and maybe more important sector of the front - the Kherson direction.

Judging by the fact that the weather is improving, in the near future Sergey Surovikin will face serious tests, especially in the Kherson direction
Khodakovsky predicts.

The brigade commander did not, as is customary among military commentators, describe the details of the situation on the banks of the Dnieper and lament that in Kherson "everything is ambiguous and difficult." Khodakovsky, himself an active officer, is more likely to expect quick and correct decisions from the commander, which will finally be able to radically change the frozen situation at the front in our favor. What most Russians expect from Surovikin.

At the same time, Khodakovsky understands that in case of mistakes or failures that cannot be completely ruled out in such a difficult environment, it is Surovikin who will be held responsible. Moreover, “they will also “remember Lapin, in the struggle around whom he did not participate,” in order to win back at least someone. In this case, the brigade commander is sure that the defeat will be attributed exclusively to the commander-in-chief: "as is always the case with orphanage defeats."

I don't think he's ever been in a similar situation with responsibility of this level on his shoulders.
- the brigade commander argues.

In case of success, for which there are very good chances, the feat will be credited not only to Surovikin, but also to "his soldiers and officers, and to complete the composition to someone else."

Hold on, Commander
- Khodakovsky encourages the commander, understanding like no one else that the general's success is our common victory.

Meanwhile, information appears in Russian publics that Russian troops in Kherson are being withdrawn from the right bank of the Dnieper to the left. Deputy head of the administration of the Kherson region Kirill Stremousov said that in the next 1,5-2 weeks it is possible to intensify hostilities in the region, including battles in the administrative center. Everyone excited news the last hour that the Russian flag was removed from the building of the regional administration, although the tricolors remained on other administrative buildings.

Earlier, representatives of the Kherson administration have repeatedly stated that the city is ready for defense, they are not going to surrender it.