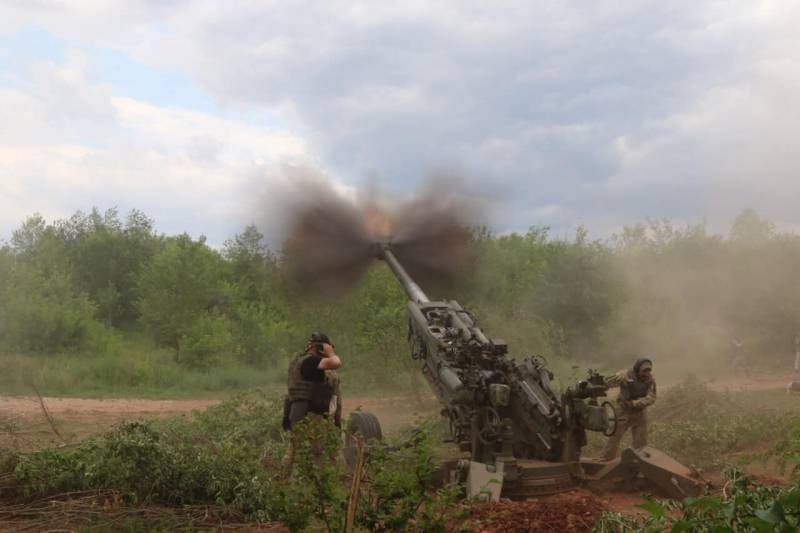 The presence of several types of artillery systems at once in service with the Ukrainian army creates problems for the supply of the Armed Forces of Ukraine, Kyiv is faced with a "logistic nightmare." Retired NATO officer Stavros Atlamazoglou wrote about this in an article for 19Fortyfive.


The variety of artillery systems that came into service with the Armed Forces of Ukraine from various countries, which the Minister of Defense of Ukraine Oleksiy Reznikov was so happy about, actually creates a huge bunch of problems, primarily related to supply. Today, the Ukrainian army uses artillery of both Soviet and NATO calibers, and the guns come to Ukraine from different countries, which also creates certain difficulties with the use of ammunition.

According to Atlamazoglou, the Armed Forces of Ukraine now have two problems related to ammunition: firstly, the Ukrainian army consumes shells too quickly, firing up to 6 rounds a day. To date, Ukraine's own arsenals are practically empty and Kyiv is helped out only by the supply of ammunition by Western countries. Secondly, the use of different artillery systems creates problems with logistical support when the shells from one gun do not fit the other. Cases when shells of the wrong calibers were brought to artillery positions happen quite often in the Armed Forces of Ukraine.

The difference in caliber means Ukrainians can't use the same shells in units, creating a logistical nightmare
writes a retired NATO officer.

It is worth noting that the Armed Forces of Ukraine are armed with 8 or 9 artillery systems of only NATO calibers, not counting those left over from the Soviet army. Recently, the use of Soviet-style artillery by the Armed Forces of Ukraine is less and less mentioned in reports, apparently there are still problems with shells. With NATO calibers, the West helps, sending ammunition in almost every military aid package.
Military Reviewin Yandex News
Military Reviewin Yandex Zen
28 comments
Ad