"The United States plays the role of a world gendarme and will play this role in the future." 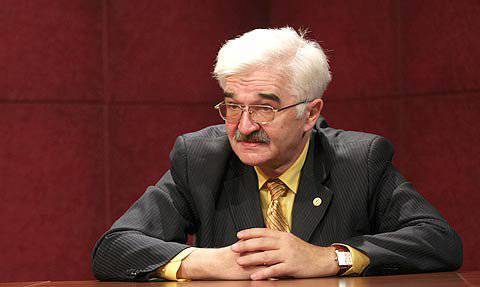 For not just decades, but, one might say, centuries, everyone understood the geopolitical significance of their presence in Afghanistan. The British struggled for this, then they transferred these powers to the Americans as, in fact, the main performers of their political will.

The American presence in this region of the world will surely continue.

The American presence in this region of the world will certainly continue. Another thing is that it will be carried out in a more economical form. It is possible to reduce the contingent, but their whole strategy is to keep small bases permanently in the territory they take under control, so that the contingent of armed forces can be transferred by air in hours / day. They have a corresponding doctrine since the beginning of the zero years. In order not to spend extra money on maintaining a large contingent, they introduce such measures.

The media is now writing that Washington and Kabul intend to sign an agreement on strategic partnership, and Afghanistan will become the main ally of the United States in the region. But is Afghanistan a force comparable to the United States? Of course not. Therefore, in fact, we are talking about the modern form of the colonization of Afghanistan with the preservation of its military presence there.

A new form of colonialism has consolidated the subordination of powers in other ways.

For many years the Americans consolidated there, and only during the presence of the Soviet military contingents there could one say that they were not fixed there, although they helped the local forces with supplies, training of militants and so on, that is, they never left the region completely. As a matter of fact, the powers of a political executive began to flow from Great Britain to the United States gradually after the Second World War.

The Second World War showed that at the present level of the armed forces an island nation, which is so close to the continent, cannot be guaranteed against defeat. Therefore, its political functions were smoothly transferred to the United States. At the same time the card of the alleged collapse of the British colonial empire was played, and in fact the British were replaced by the Americans. A new form of colonialism emerged, which allowed the subordination of powers to be consolidated, but simply by other means and methods. Nothing has changed, and the global banking elite began to strengthen the United States. This elite controls management in all these countries.

The main bankers are in London, and this is a force for which there are no borders.

The Bretton Woods agreements allowed the printing of dollars in almost any quantity necessary to solve their problems, led to the realities that we are now seeing. The United States spends more on defense than the rest of the world, including those in the NATO bloc. This provision is not secured by anything, either economically or in any other way. Created an artificial situation that allows you to do such things.

The United States plays the role of a world gendarme and will continue to play this role. Re-registration in the new entourage of all agreements and relations with their vassals takes place regularly. Why? Because the tactics of doing things are changing. But Britain was and remains the spiritual center of maritime civilization.

Please note that no matter how praised the American realities, but the richest people in the world tend to eventually get property in the UK. That is, it continues to play the role of the center of financial forces, which historically came from Venice, Genoa, then moved to the Netherlands and from there to Britain. He has not gone anywhere! The main bankers are sitting there, and this is a transnational force for which there are no borders.