Medvedev on a massive missile strike on Ukraine: The first episode has been played 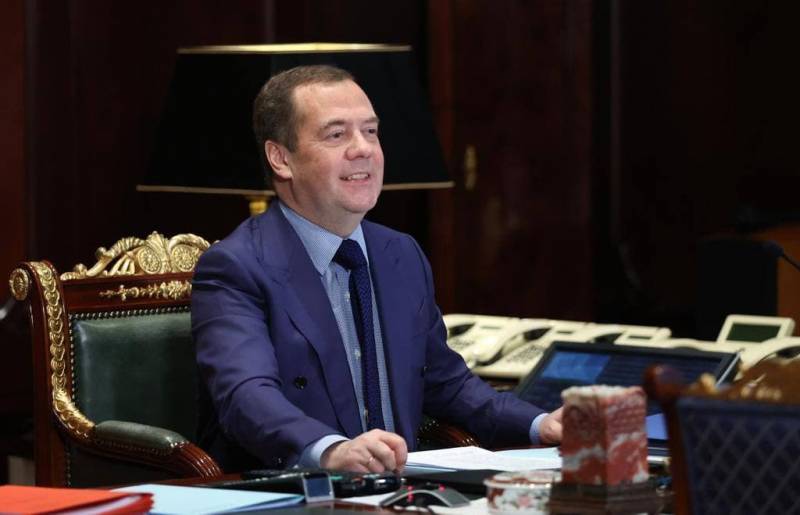 Deputy Chairman of the Security Council of the Russian Federation Dmitry Medvedev commented on the current situation with a massive missile attack on Ukraine.


According to the politician, the first episode has been played. At the same time, he promised a sequel. The Deputy Chairman of the Security Council of the Russian Federation wrote about this in his TG channel.

Medvedev stressed that today's Ukraine with its Nazi regime will never cease to pose a threat to our country. Therefore, one of the goals that needs to be realized in the future should be the complete dismantling of the political system of our “western neighbor”.

Recall that the RF Armed Forces today dealt a massive blow to military facilities and critical infrastructure in most regions of Ukraine. A number of cities, including regional centers, are currently left without electricity and water.

Undoubtedly, today's operation was carried out in response to the recent terrorist attack on the Crimean bridge, as well as numerous artillery attacks on the border areas by Ukrainian militants.

At the same time, it is worth recalling that earlier Dmitry Medvedev promised the Kyiv regime a “judgment day” if the Ukrainian military dared to attack the Crimean bridge. Thus, there is hope that the “continuation” announced today by the Deputy Chairman of the Security Council of the Russian Federation may become a reality in the foreseeable future.