Cry about him while he is...in Kazakhstan? 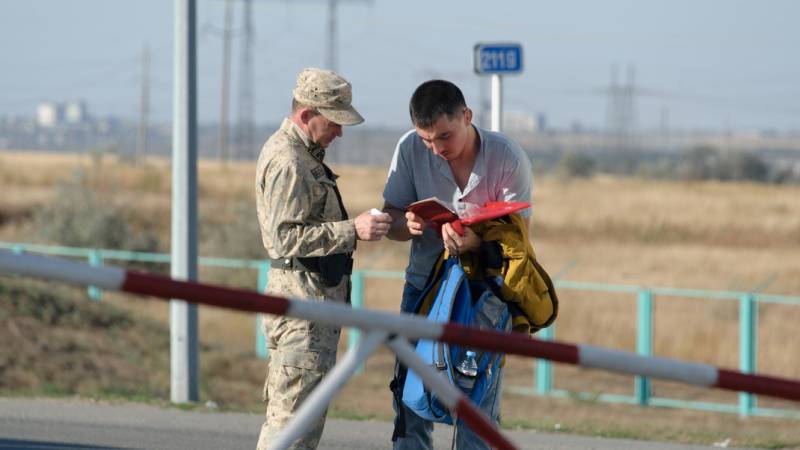 Today, all social networks are full of materials about those who ran away from the country with wet pants.


Almost a hundred thousand rushed to hospitable Kazakhstan, almost fifty dollars - to no less hospitable Georgia. Plus planes to different countries. They say that in the Far East some flee to Mongolia, some to China. Each region has its own choice. 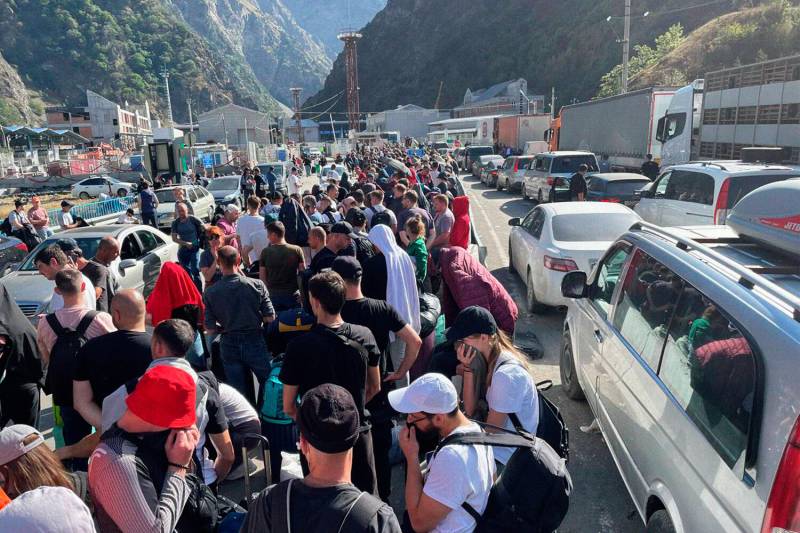 You know, with some kind of "deep satisfaction" I read the news about how prices in Georgia and Kazakhstan rushed up.

That's right, here I am with the Kazakhs, that I agree with the Georgians. Hospitality is from the word "to receive guests", right? Are these guests? No, they are runaways. And those who ran away from the war, but not like the inhabitants of Ukraine and THAT Ukraine, but just like cowards. Yes, they don’t read “Ax” (that’s our short name on the Web) and they don’t give a damn about all my words. While there is money that the Kazakhs will not take away for their hospitality (sarcasm).

The Ministry of Defense stated that it would not chase and pursue them.

In general, to be honest, it makes sense. Why is there such human dirt, if there are enough of our own, normal people? Moreover, ready to voluntarily go and fight? 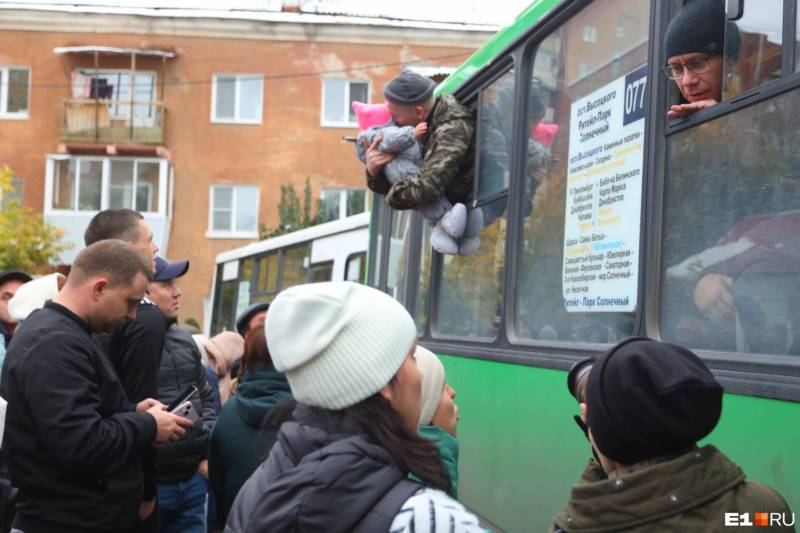 Then it became a shame for real men.

Is Russian society to blame for what is happening, so quickly stratified into two parts, one of which rushed out of the country?

Yes, partially. But the fault of the state in this is no less.

We have already talked so much about the completely toothless and impotent policy of the state in terms of ideology, that once again we don’t want to start a hurdy-gurdy. The result is here, at the border checkpoint. 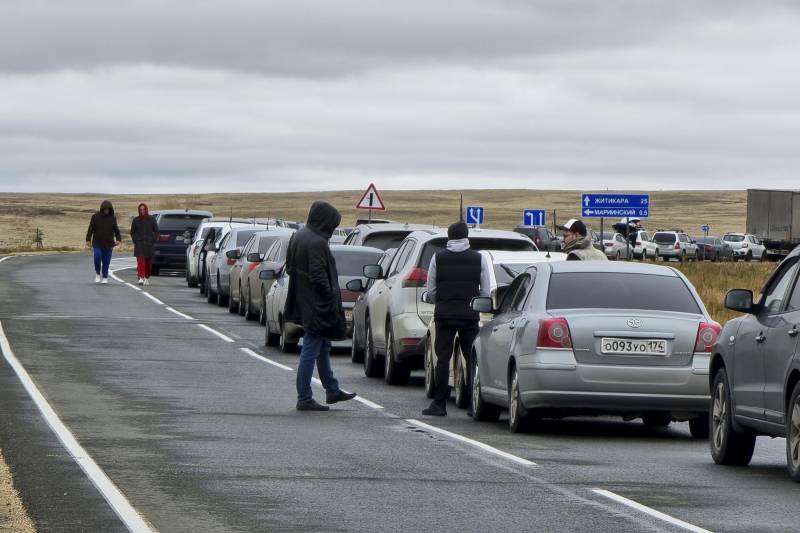 Thirty years of Russian reality within the framework of very strange rules for the formation of a society that is maximally stupid and obedient and minimally spiritually educated - and here is the result.

Moreover, not only at the checkpoint, the scandal with the student "elite" of the Faculty of Journalism of Moscow State University showed a lot, but I personally will definitely return to this. This is a diagnosis, moreover, indicative of surgery.

For thirty years of Russian “independence”, at least three generations have grown up who believe that they do not owe anything to anyone. And they have realizable rights and freedoms, as opposed to duties. Kind of like the Constitution.

However, although the Constitution says that “a person, his rights and freedoms are the highest value”, there is also the fact that it is the Person and the Citizen who are obliged to protect all this.

But in the minds of many today, it is somewhat different, inspired by that same Western democracy: "I pay taxes, and you spread out in front of me." And absolutely do not care what is happening around. Well, if the beginning of the SVO itself did not shake people's brains, then what can we say about how many people did not even pay attention to the eight years of Donbass hell. I said more than once that the farther from the border, the more I didn’t give a damn about everything that happened behind the ribbon.

Now behold, the war is here, and this is a fact. And our near future will pass precisely along the border "before the war" to "after the war." And yes, it is necessary to live according to the laws of war.

Yes, they are worthy of negativity towards themselves by the state in accordance with the law and the concepts of honor and conscience, but it was the state that brought them up like that. More precisely, he did everything to make it so.

In general, it turns out again the nonsense “a la russe”: someone “left the hut, went to war”, and someone took up “tourism”. And then he will come and will slowly (or maybe out loud) laugh at those who were sitting in the trenches and combing the ruins. All these businessmen, IT people and other human scum.

And most importantly - how much money will they pay for it?

That is, as long as people in our country collect pennies to buy everything they need for the army and the militias, these cowards will live there one bomber a month.

No, it won't work like that. Sorry, it's ugly to go into someone else's pocket, but spending money like that is ... imprudent. And this can and should be viewed as an economic crime against Russia.

After all, this money will go to the benefit of countries that are far from being the most pleasant for us. Russophobia in Georgia, yes, is slowly weakening, but in Kazakhstan, on the contrary, it has just taken off. And why should they be supported at all?

By the way, what the Kazakhs will arrange for these fugitives - knowing these people from the inside, I rub my hands in advance. Because the fugitives will naturally wipe their feet. And God forbid that the legs, otherwise they may wipe their hooves. Or whatever the camels have.

But for such an amount of money thrown into the economy of other countries, it is necessary to punish.

And here there is a good idea: let them pay in full for their “vacation”. No, those who have left for good can (but not necessarily) simply be deprived of their citizenship and let them sob emigrant tears in the style of Gulko or Shufutinsky. "True patriots" who simply don't care about politics, as many say on camera. Hiding eyes from the question "Whose Crimea" and so on.

But whoever decides to return after serving time - that's the one to plow in full.

And send to buy. There is money for a comfortable life in Kazakhstan - be kind, pay for a couple of thermal imagers or drones. Or to Orenburg to Comrade Kuznetsov and buy first-aid kits for the company. Or…

In short, there options - through the roof. There would be someone to involve in such operations, but I think that sooner or later we will pull back. Kazakh, you know, this is such an original phenomenon on the world stage... If he wants, he will bring a Jew to bankruptcy, although rather to a heart attack. Very specific people. I do not want to say that it is bad, but harmful. While this is useful in our case, the fugitives there will quickly howl.

So back only through the cash desk of voluntary assistance. No money, spent everything on a “vacation”? Well, here, I'm sure our banks will help.

Indeed, the value of these people in terms of combat is not even zero - it is negative. Would you like such amoebas to gurgle with you in the same trench? I'm sure not. So the country does not really need them. Yes, they work for themselves. As long as it was comfortable. And how it became uncomfortable - here you have traffic jams at the borders and at airports.

You have to say goodbye and forgive. Forgive them for their cowardice and weakness, wipe away their tears and give a friendly kick to the place that shakes the most. And send them to Kazakhstan for re-education.

There is no point in condemning and pitying those who escaped. These are the people of their time. They were brought up like that, and it is unlikely that they will be able to somehow re-educate them, as well as improve Russian society by depriving the runners of citizenship.

It makes sense to regret, as terminally ill people often regret and ... to make money on their cowardice in full.

Although you can not regret it. They are still third-class people now, and not by chance, but by choice. And in Kazakhstan, and in Georgia, and in Russia.