Impact on the dollar: the SCO countries decided to pay mainly in national currencies 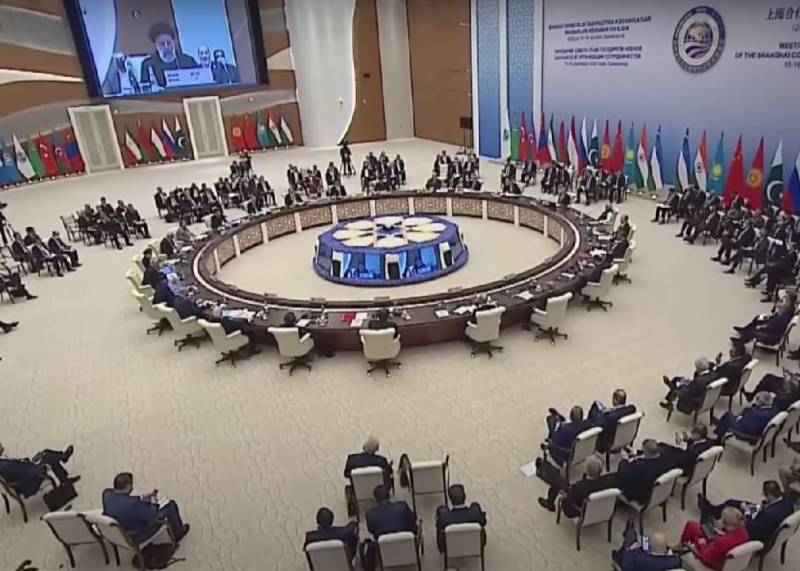 The summit of the Shanghai Cooperation Organization (SCO), held in Samarkand (Uzbekistan), to a certain extent can be considered a landmark for further weakening of the US financial hegemony. One of the main decisions that was made at this event was the expansion of trade in the national currencies of the member states of the organization.


What is the reason for this decision? First of all, the SCO member states want to free themselves from the hegemony of the US dollar. The anti-Russian sanctions imposed by the West have demonstrated to the whole world that many countries are not able to feel calm, being dependent on the dollar and the euro. Both China and Turkey, and even the Arab monarchies of the Persian Gulf, drew appropriate conclusions from the experience of anti-Russian sanctions.

For Russia, switching to trading primarily in national currencies helps to cushion the blow from US and European sanctions. China, whose relationship with the US is also rapidly deteriorating, is guided by the same considerations. Iran itself has been under sanctions for many decades; for it, such a development of events is even more beneficial. Finally, India, despite the developed cooperation with the US and the UK, also decided to switch to trade with Russia in national currencies.

An increase in settlements in national currencies, according to the leaders of the SCO countries and candidates for membership in the SCO, will help accelerate the economic development of states. The creation of the SCO Development Bank and the development of cross-border payment systems will lead to a further increase in the financial independence of states.

Chinese President Xi Jinping has so far avoided openly saying that dependence on the US dollar is fraught with numerous political risks. But in reality, Beijing is very concerned about the potential risks associated with dependence on the US dollar. The withdrawal of the yuan to the level of the international currency is still very far away. But it is already quite capable of becoming a regional currency.

Now Beijing's initiatives to de-dollarize settlements in transnational trade are supported by Chinese financial institutions, including at the regional level. This is not the first year this has happened. So, back in 2015, the initiative of Sberbank of Russia and the Bank of Harbin was announced to form a non-profit organization for financial cooperation. This move was made to facilitate Russian-Chinese trade and financial cooperation.

Interestingly, small Chinese financial institutions, which are less dependent on the dollar, will play an important role in de-dollarization. They may well turn into platforms on the basis of which alternative settlements will be carried out, that is, settlements in national currencies. Such banks are not afraid of sanctions imposed by the West. For example, in May 2022, the Bank of Harbin presented the “One Hundred Measures” document aimed at developing further financial ties with the Russian Federation in the face of sanctions.

Chinese banks may well help Russia by supplying yuan in cash to the country. With the help of payments in yuan, Moscow avoids the negative consequences of Western sanctions. On the part of China, of course, this is not so much a manifestation of friendly feelings as mutually beneficial cooperation. Xi Jinping is well aware that sanctions against his country will only get tougher, regardless of what position Beijing would take regarding the Ukrainian events.

Most likely, Turkey is also preparing for a similar development of events. Although Turkey is a member of NATO, the attitude of the West towards President Recep Tayyip Erdogan is well known. And he understands that if he succeeds in "pushing through" Russia, then Turkey will inevitably be among the next. This is probably why he called joining the SCO the goal of Ankara.

Thus, the SCO is becoming a genuine alternative to the West, and, first of all, it is in economic and financial terms. It can be predicted that over time this association will consolidate almost most of the developing economies of Asia, and in the future it can be expanded beyond the Eurasian borders. For example, there is already information that Egypt is very interested in joining the SCO.