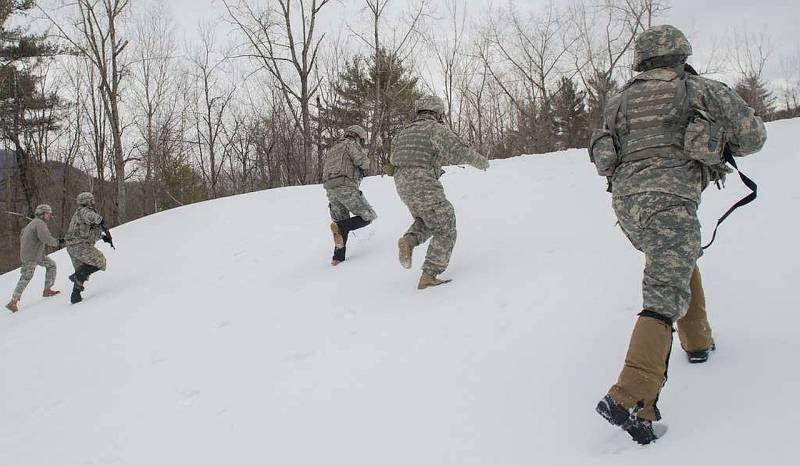 Deputy Minister of Defense of Ukraine Anna Malyar reported on the air of the telethon that the delivery of winter uniforms for the army is expected next week. The Deputy Minister urged the soldiers "not to worry" that they may freeze during the winter campaign. Thus, the military official indirectly confirmed that Kyiv at least does not count on victory before the onset of cold weather.

To date, all contracts of the Ministry of Defense have been concluded. This refers to the entire volume that is needed. And from next week we expect already large deliveries. Because now we had deliveries in insignificant batches, but now these batches will increase. Therefore, there is no need to worry, no one will freeze
- the Ukrainian press quotes the words of the Deputy Minister.

The day before, in a regular televised address, President of Ukraine Volodymyr Zelensky announced a meeting of the Headquarters of the Supreme Commander-in-Chief. One of the issues discussed by the command of the Armed Forces of Ukraine was precisely the provision of the army with winter uniforms.

In early September, the German edition of Spiegel reported that, at the urgent request of Ukrainian Defense Minister Oleksiy Reznikov, NATO called on its members to provide winter equipment and clothing to the Armed Forces of Ukraine. Back in late July, Reznikov wrote a letter to NATO Secretary General Jens Stoltenberg, in which he called for the urgent delivery of winter clothes and winter tents for 200 soldiers of the Ukrainian army.

Of all the NATO countries, only the United States, Canada, Sweden and Finland are so far ready to share stocks of winter uniforms. Their deliveries will cover up to 50% of the required equipment for the Armed Forces of Ukraine. The problem is that the Western allies somehow did not foresee that the military campaign in Ukraine would drag on until winter. Therefore, they simply do not have extra equipment, and winter military uniforms are in great demand on the world market.

It turns out that at least 100 Ukrainian servicemen are at risk of facing frosts without warm clothes. Although, taking into account the natural departure, it is quite possible that it is by such a number of fighters that the number of the Armed Forces of Ukraine will be reduced somewhere by the end of November - the beginning of December. Then the problem with uniforms will be solved by itself.

The American edition of The New York Times writes about an unexpected problem in the upcoming winter for civilian Ukrainians. As a result of hostilities in houses in Ukraine, millions of windows were broken. Plywood and polyethylene do not solve this problem - it will be either dark or cold.

Previously, Ukraine bought cheap glass from Russia and Belarus. Now we will have to find money for Western double-glazed windows, the production of which has become very expensive due to the energy crisis. If we add here the lack of gas and power outages that await the Ukrainians in the winter, then warm clothes in millions of quantities will be needed not only by soldiers. And it is unlikely that ordinary Ukrainians should count on the help of the West in solving this problem, they themselves would not freeze in the coming winter.