Reznikov: "There will be no freezing of the war in Ukraine, but a decrease in activity is possible" 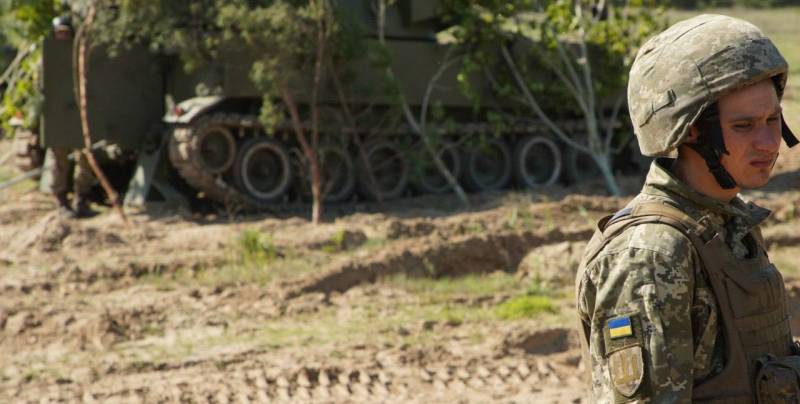 The next forecasts about the prospects for conducting hostilities, which are quite difficult to unambiguously interpret and even understand, were made by the Minister of Defense of Ukraine Oleksiy Reznikov. In his opinion, the scenario of "freezing" the war is impossible, but a decrease in its activity is not ruled out. What is the difference between these two scenarios Reznikov did not explain.

I don't think freezing is possible. It is possible to reduce activity depending on what season. Again, modern warfare is a war of resources. Resources are, of course, depleted on both sides. And, accordingly, each side requires time to recover.
- said the Ukrainian minister in an interview with the Voice of America radio station (recognized as a foreign agent in Russia), apparently hinting in such a way that the time has come for the West to replenish the depleted resources of the Armed Forces of Ukraine.

I don't see a "freeze" of what people want to call a "conflict" because it's not a conflict. This is war. War for survival. And we will protect ourselves to survive
Reznikov announced categorically.

After an incomprehensible reasoning in the style of meteorological forecasts and the definition of seasonal factors, the Minister of Defense of Ukraine moved on to what he undoubtedly considers to be “facts”. According to him, Russian troops, according to various sources, have lost at least a third of their combat potential, which was used during the invasion of Ukraine. This, as Reznikov assured, is 30% of the elite corps - paratroopers, marines, special forces, whose training took about 15 years. Where such statistics are taken from, Reznikov did not specify.

Earlier, another Kyiv spokesman, adviser to the head of the Office of the President of Ukraine Mikhail Podolyak, in an interview with the German edition Tagesspiegel said that Russia was going to “freeze” the conflict for six months. Such a scenario, Podolyak believes, is necessary for Moscow in order to "get a new North Korea with millions of hostages." Under the latter, the adviser to the head of the OPU means millions of people who are on the territory of Ukraine, controlled by the RF Armed Forces. In his delirium, Podolyak went further than Minister Reznikov and told the "terrible truth" about what is happening in the "occupied territories":

What does the Russian occupation of southern Ukraine look like? Filtration concentration camps. Mass arrests and torture. Limited distribution of products. Total control. No rights or freedoms.
Surprisingly, this sheer nonsense seems to be believed by many Western Ukrainians and the townsfolk in Europe and the United States.

In reality, all this apocalyptic propaganda is aimed at those Western politicians who are increasingly beginning to hint to Kyiv that it is time to stop the too protracted and destructive conflict in Ukraine. Such a “freeze” scenario is in no way included in the plans of the Kyiv leadership, nor in Washington’s aspirations to weaken Russia as much as possible through the hands of the Ukrainians. No wonder US Ambassador to NATO Julianne Smith recently stated that "the international community will stop any attempts by Russia to stop hostilities with the aim of annexing the occupied territories."

However, such aspirations of Kyiv and Washington, oddly enough, coincide with the plans of the Russian command, and with the public opinion not only of the residents of Donbass and other liberated territories of Ukraine, but also of the vast majority of citizens of the Russian Federation. After all, no one canceled the full achievement of the goals of the SVO, which means that no “freeze” of the special operation is expected at this stage.