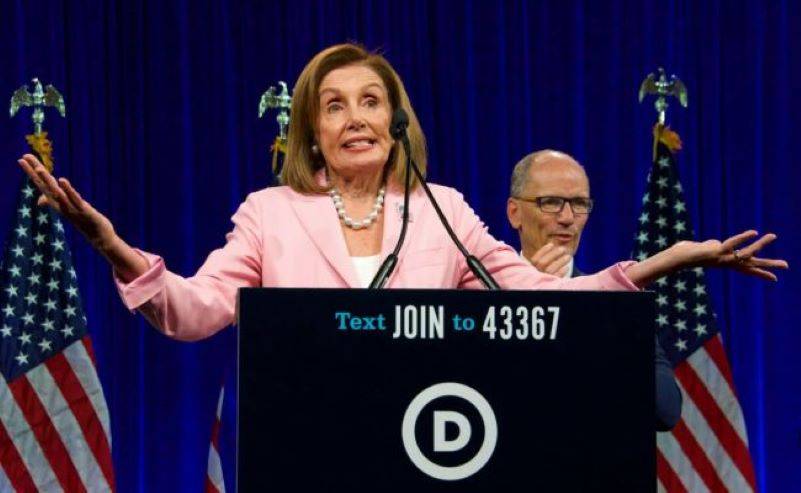 On August 2, I was surprised how well known the speaker from the US Congress, or rather, from the House of Representatives, is to the general public. When the plane with Nancy Pelosi on board was just heading to the island of Taiwan, many were hysterical - well, where is this old woman carrying.

Reminding a lady of past years has always been considered indecent, but now is not the time. Nancy Patricia Pelosi, nee D'Alesandro, simply because of her age, and she is already 82, and also due to many years of political experience, must remember everything.
And the Caribbean crisis, and the bomb shelters that were dug in all the quiet states, and the assassination of President Kennedy, and 1968, which was violent not only in Europe, and the continuous oil crises due to wars in the Middle East. And the victory of the United States in the Cold War.

She, the daughter of the mayor of Baltimore and the sister of another mayor of this city of 600 with more than half the “black” population, has something to remember in her current high position. The Speaker of the House of Representatives is the third most important position in the United States.

Nancy Pelosi has been a speaker since George W. Bush was president. She became the first in stories US woman in such a post. Then the victory of the Democrats in the congressional elections, and after 12 years in the opposition, which seemed hopeless to many, became a harbinger of Bill Clinton's victory in the presidential elections.

Pelosi was in her place, but did not aspire to the presidency, not least because everyone saw Hillary Clinton as the first woman president of the United States. But she quite unexpectedly, apparently due to excessive self-confidence, lost to Donald Trump.

There was an eight-year pause in Nancy Pelosi's great career, but when the Democrats again began to rule the ball in the House of Representatives in 2019, she returned to the speaker's chair. The way Pelosi fought the Republicans while still in opposition played a role in her return.

Back then, her friend and, to a certain extent, student Barack Obama had just settled in the White House, and the Republican renaissance in Congress hampered many of his undertakings. Finally, Nancy Pelosi did everything she could to eliminate Trump. 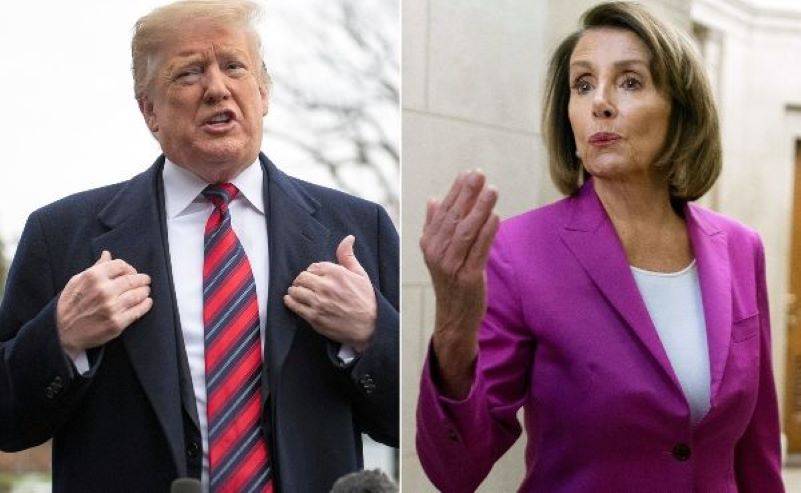 If the impeachment did not pass, then the Republican did not receive a second term, largely because of the lower house of Congress. He was regularly opposed not only by almost all congressmen from the Democratic majority, but also by many Republicans.

What did she lose there?

But why did Nancy Pelosi end up in Taiwan? A quarter of a century since Newt Gingrich, also a speaker of Congress, flew to the island, American politicians did not allow themselves anything like that. Is that really how the Democrats decided to break the negative foreign policy trend.

Joe Biden, after all, no matter what the democratic press says, and in the United States it is in the majority, it is a complete failure in this regard. Exodus from Afghanistan, something went wrong in Ukraine, the EU is about to jump off the hook, and then there is such an affront from the Saudi family.

Until November, a lot can be changed - history knows a lot of examples of defeats of clear favorites. But politics is politics, and someone has already voiced the version that Mrs. Speaker went on a risky flight only in the interests of her own family, where there are a lot of stock players.

Indeed, with such an insider from an elder, it is easy to make, if not millions, then tens and hundreds of thousands at the races of quotes, for sure. The risk, of course, is considerable, but what if everything was somehow coordinated not only with Washington, but also with Beijing?

No matter how, the strange, belated Chinese reaction is suggestive. No matter what they say about the fact that this is not forgiven, and about “deferred demand”. Let's wait and see, the main thing is that it doesn't explode right now. 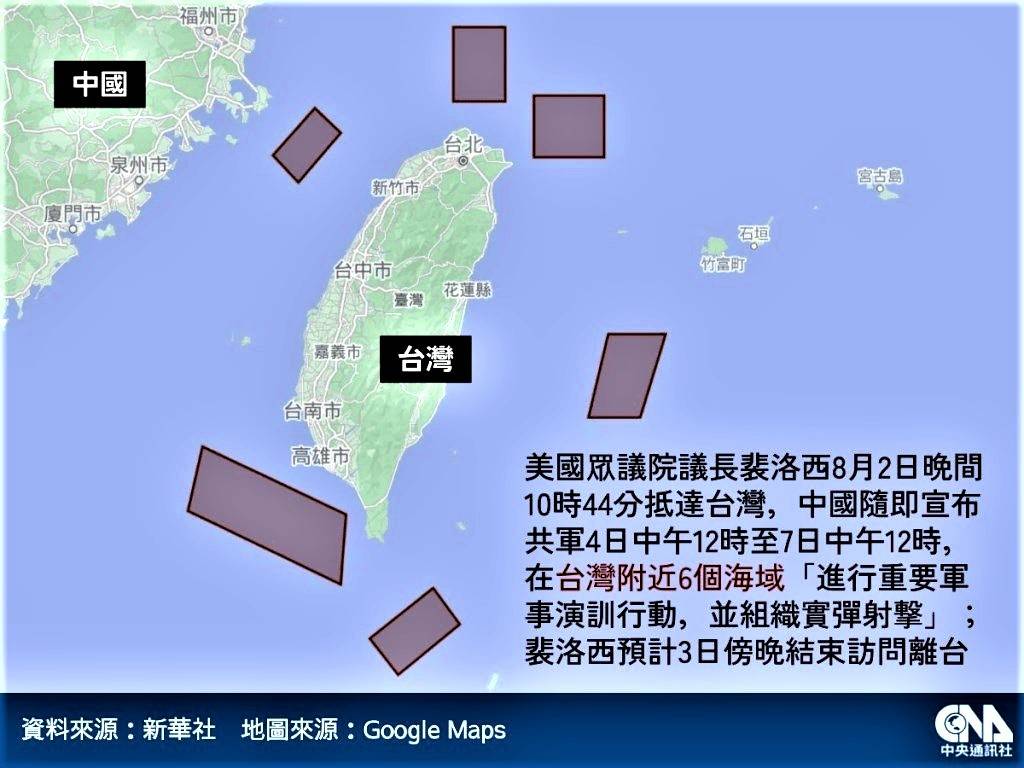 Yes, there were "the last Chinese warnings" and military exercises are going on all over the district near the restless island. And Chinese aircraft carriers, which, by the way, they started building sometime back in the USSR, today in those same waters.

By the way, the talk that Pelosi rushed to the “other China” on her own initiative, without the consent of Biden, without asking permission in her House of Representatives, is simply ridiculous. Why then, apparently in response to Chinese exercises, were four US Navy ships on duty in the waters east of Taiwan?

The grouping was so solid that it could not have done without a high command. One aircraft carrier "Ronald Reagan" is worth something. And from the island of Okinawa, where the American air base has been located for many years, eight US Air Force F-15 fighters, as well as five tanker aircraft, took off towards Taiwan.

And what did she find there?

These days, Nancy Pelosi in Taiwan is clearly on a party mission. After all, a severe personnel crisis in the Democratic Party began a long time ago, most likely even earlier than under President Clinton. 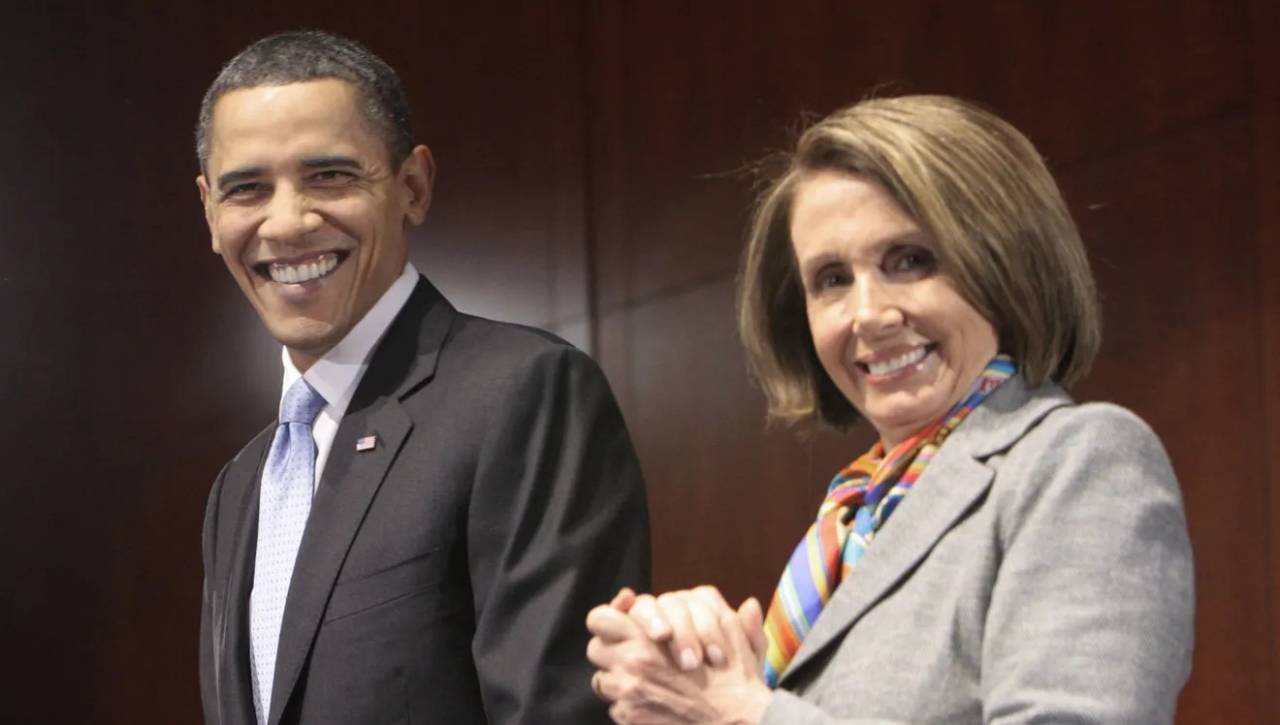 Democrats can only thank fate for the fact that Barack Obama managed to get into their front ranks - this intellectual with an iron will, according to the characteristics of the traditionally neutral Forbes.

But the Republicans, after Ronald Reagan and the two George W. Bush, also had a personnel crisis. But it was he who brought to power the extraordinary Donald Trump, who even today does not seem to have any competitors among his party comrades-in-arms.

Biden was not supposed to win in 2020; Trump's achievements, primarily in domestic politics, clearly promised him a second presidential term. However, a pandemic happened. She helped the Democratic party, in which Nancy Pelosi played the first violin, in the battle for the White House. 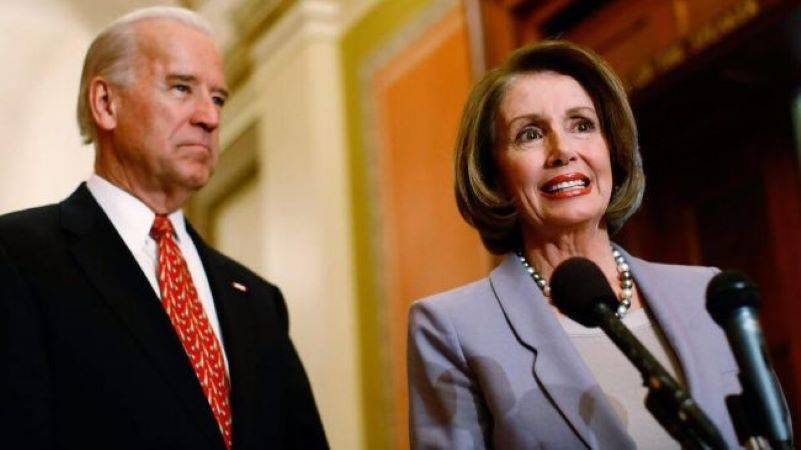 To begin with, sorry for the repetition, Congress tried Trump’s impeachment, albeit unsuccessfully, and then pulled Joe Biden, who was vice president under Obama, from his retirement chair. The rapidly aging Biden cheered up, remembering, among other things, all the grievances that Trump had inflicted on his son - by the way, about the cases in Ukraine with the gas company Burris Holdings.

But at this particular moment, the resuscitation of the Democrats does not seem to be delayed; in November, in the elections to Congress, according to all forecasts, a real defeat awaits them. And people like Nancy Pelosi will have to go into the shadows again, and who will take her chair, let the American press guess.

I can’t believe that “baby Nancy,” as she was called when she first appeared in the House of Representatives, is really aiming for the presidency. She is old, though obscenely energetic, but Joseph Robinette Biden is also a little younger, and in terms of energy she is even too noticeably inferior.

However, Nancy Pelosi's impudent Taiwan voyage, if, of course, everything ends without excesses, can greatly add whists to the Democrats. What is not clear is what bureaucrats from this party are capable of offering to Americans at home.

The Republicans, and not necessarily with Trump, have a program, and quite intelligible. And first of all, this is a bet on the real economy instead of a stupid inflation of both the United States and the whole world with the dollar losing ground.