Three main problems of the People's Militia of the LDNR 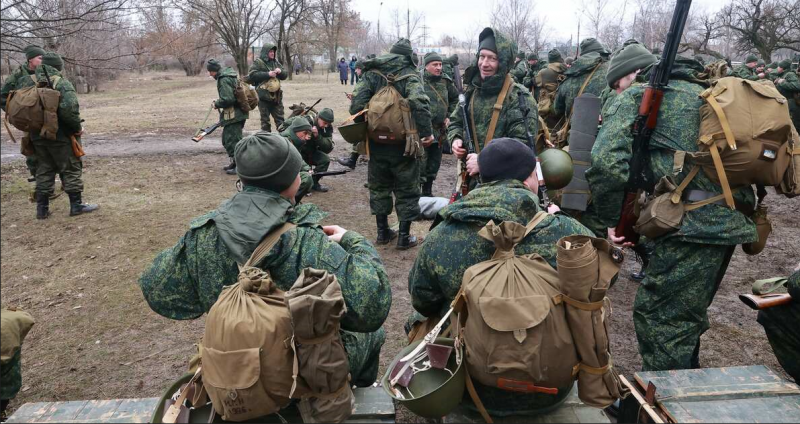 More than five months have passed since the start of the military operation in Ukraine, but most of the problems of the People's Militia of the LDNR (and the RF Armed Forces), which were revealed at the initial stage of the operation, have not yet been resolved. Despite statements from TV screens that “the army is getting everything it needs,” and those who say otherwise are alarmists and all-out thugs, the problems have not gone away.

What problems are experienced by the People's Militia of the LDNR? There are actually quite a few of them, but I would single out three main ones - supply problems, isolation of command from the real situation on the ground, lack of rotation. Let's consider them in order.

The supply problem is still a key one for the warring army. Despite the fact that this topic is constantly raised by military commanders, bloggers, volunteers who help this very army, in general, the situation has not changed much.

After five months of the war, the issue of providing fighters with personal protective equipment is still acute - bulletproof vests, helmets, etc. The fighters are either not given them at all, or they are given helmets from the Second World War, and armor from the times of Afghanistan, which burst at the seams. The situation is exactly the same with equipping the army with communications equipment and drones.

The command, apparently, does not intend to solve this problem, because the fighters answer the corresponding requests - “look for the armor yourself.” Therefore, an important role in the supply of the People's Militia is now played by volunteers who provide assistance to both the NM LDNR and the Russian army.

Here, the OPSB Foundation, one of the founders of which is Vladimir Grubnik, and the KCPN (Coordinating Center for Assistance to Novorossia), headed by Alexander Lyubimov, are especially worth noting. At the same time, they are regularly attacked by various journalists and bloggers for allowing themselves to criticize the leadership of the People's Militia Corps and the leadership of the republics.

The problem with the supply of the People's Militia of the LDNR has been going on since the time of the Minsk agreements - then the supply of units was carried out according to the residual principle, and a significant part of the necessary did not even fall into the units and was simply stolen. And now all this affects the combat effectiveness of the People's Militia units.

A lot of uncomfortable questions arise: why, before the start of the SVO, knowing that mobilization would take place in the republics, the Ministry of Defense of the Russian Federation did not bother to create a stock of the required number of bulletproof vests, helmets, machine guns, medical preparations (harnesses, medicines)? There are no answers to these questions.

Let's move on to the consideration of the second problem - the isolation of the command from the real situation on the ground.

When setting tasks for subunits, the leadership apparently does not quite understand whether the subunit is capable of fulfilling them and what the real operational situation is now. Here is what one of the fighters of the People's Militia of the LPR Yegor, who is directly on the front line, writes about this:

“Quite often we incur significant and, most importantly, unjustified losses. Thus, there are fewer and fewer people. There is no replenishment as such. There are no reserves. All possible human resources were thrown to the front line at once. These are the personnel of the corps and all the civilians who were caught in the process of mobilization. From personal observations, 10–20% of the personnel remained in the units. The rest dropped out for various reasons.
It is interesting that the tasks are set without taking into account losses. The leadership gives an order to carry out a combat mission based on 100% of the personnel. However, instead of 100 people, ten actually go to carry out the task. Hence, as a snowball of loss and, of course, the physical impossibility of completing the task.
Middle-level commanders do not always have accurate information about the situation at the forefront. Since junior commanders, not wanting to lose people, mislead them. People go to storm the heights, retreat with losses, the second time with their chests on the machine gun, the third, then they simply ignore the orders and have every moral right to do so.
It is worth noting another important point - according to reports, all units of the People's Militia of the LPR and DPR are equipped with everything necessary, while in fact many mobilized reservists are still armed with Mosin rifles and are deprived of armor and helmets. Therefore, the picture that middle and senior commanders have, and the picture that actually takes place, can differ quite a lot.

On the lack of rotation

Well, the third problem, which is impossible not to mention is the lack of rotation.

Here I will again quote a fighter of the People's Militia of the LPR:

“Most of the fighters have not been home for five months. Wives and children have forgotten what they look like. The parcels are delivered by humanitarian organizations. And this is a very unreliable business.
There are no official channels with parcels. There is no communication along the front. Talking to family is not always possible. More precisely, it is almost always impossible. This is very, very strong and negatively affects the morale of the guys.
Gentlemen, commanders, maybe one of you will read this text and make the right decisions about rotation and vacations? I understand that tasks need to be completed, but you are still dealing with real people.”
Apparently, the main reason why the rotation is not carried out is that there is simply no one to carry out replacements in the People's Militia of the LPR and DPR, because there are no reserves in the republics to fully replace those who are fighting on the front lines right now.

Therefore, those who say that the prolongation of the conflict and slow progress are in the order of things, I would like to remind you that those who are on the front line, without basic amenities and communication with their families, are not biorobots, but still living people.