Shadows of the past. Mikhail Rodzianko 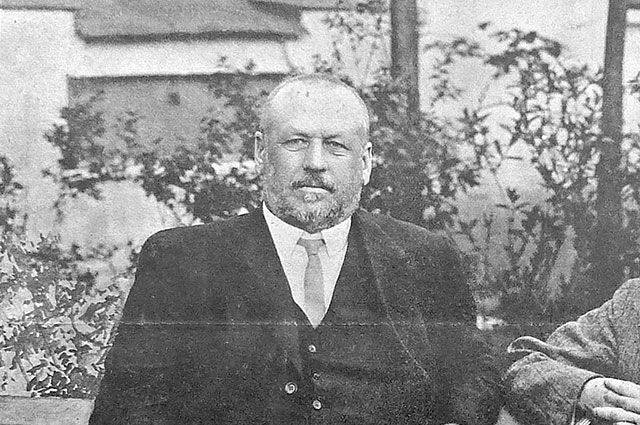 Now Rodzianko is forgotten by the masses, and yet he was the chairman of the Fourth Duma until 1917, a similar position today is occupied by Volodin, one of the first persons of the state. And his life rolled along the ascending path for a long time. Yes, and it could not be otherwise for the son of a wealthy landowner, a nobleman, though not quite a nobleman, back in the 17th century there were Rodzyanki Cossacks, and before that peasants in the Commonwealth, but Vasily in the 18th century became a centurion, and his son - Gadyach colonel. Then Catherine the Great equalized the rights of the elected foreman and the Great Russian nobility, and the Rodzyanki became wealthy landowners. And the father of our hero did become a colonel of the guard.


Yes, and young Misha did not grieve - the Corps of Pages, the cornet of the Cavalier Guard Regiment, but after serving for only five years, he retired in 1882. First, the province of Novgorod, where our Mikhail becomes the vowel of the provincial zemstvo, then the province of Yekaterinoslav, where he became the head of the provincial zemstvo council, and along the way received the chamberlain of the Court. For understanding - the province where Rodzianko became the second person, this is the Donbass, this is Zaporozhye (Aleksandrovsk), this is coal, steel, manganese, mechanical engineering, flourishing agriculture, this is what was called the Russian Ruhr or Russian America.

It is not surprising that Rodzianko, himself the richest man, creates in 1905 the Octobrist-monarchist party, receives a real state adviser and becomes the Head of the Duma - the Russian parliament. Milyukov recalled him as a kind of good-natured patriot, a gentle monarchist, however, a constitutional monarchist:

"M. V. Rodzianko could truly repeat to himself the Russian proverb: without me they married me. The first thing that caught the eye when he appeared on the chairman's rostrum was his impressive figure and stentorian voice. But these features were combined with a comic impression that applied to the new chosen one. For the peals of his voice, jokers compared him with a "drum", and the overweight figure called him "Samovar". Behind these traits was a natural gentleness. In essence, Mikhail Vladimirovich was not a bad person. His early career as a guards cavalryman instilled patriotism in him, created him some fame and connections in military circles. His financial position provided a sense of independence. He did not suffer from special ambition, he had nothing to do with any "politics" and was not capable of intrigue.
But it is difficult to underestimate the role of Rodzianko in the overthrow of this very monarch - it was the Duma who supported the abdication, and even before him - Rodzianko stood at the origins of Zemgor, the very one who was supposed to organize fundraising for the army, and in fact distributed budget funds:

“As of January 1, 1915, government appropriations amounted to more than 30 million rubles, membership fees of cities were about 1,3 million rubles, donations did not reach 2 million. An even more striking contrast was observed in subsequent years. Funds from the State Treasury were requested according to the estimates of the Civil Code, which were submitted every two months to a special Interdepartmental Conference to consider applications for benefits for needs caused by wartime.
And the front-line soldiers terribly “loved” the Zemgusar, as its participants were called. Well, about participation in February, his biographers modestly write that he is one of the organizers:

“In March (February, old style) 1917, he was elected chairman of the Provisional Committee of the State Duma, negotiated with the leaders of the executive committee of the Petrograd Soviet on the composition of the Provisional Government, and also, on behalf of the Committee, discussed with the Headquarters by telegraph questions about the abdication of the Russian emperor from the throne ."
Be that as it may, after October, Rodzianko ended up with the Volunteer Army, then in Yugoslavia, where he died in poverty, having previously been beaten by white officers. Everyone has their own opinion, but for me, it's a big capital lobbyist who ultimately lost. And as for patriotism ... we smoothly move on to the document: 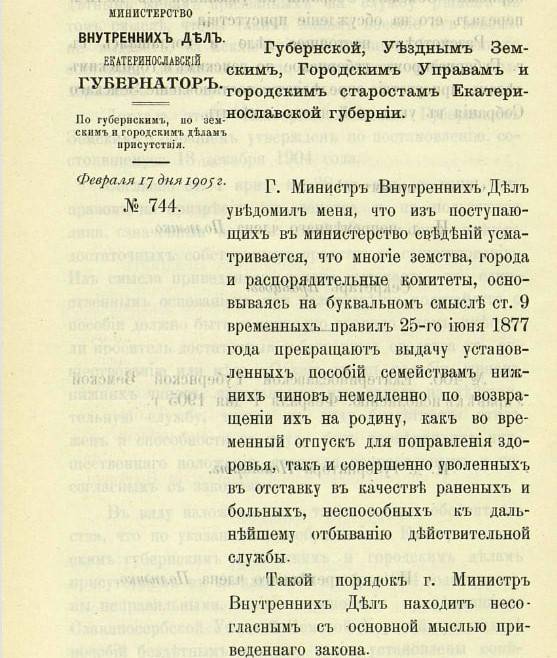 Spring 1905. Wounded and crippled warriors from the fields of Manchuria are returning home. Someone for treatment in order to improve their health and to the front, someone is a cripple. And they are faced with the fact that as soon as they arrive, their families are deprived of the allowance that was due to them as mobilized. Moreover, they remove it, even if the soldier is just in the hospital, remaining in the service. Long or short, but indignation also reached the capital, where the MVL demanded an explanation from the Yekaterinoslav Zemstvo. And they were received - signed by a patriot, retired lieutenant of the Cavalier Guard Regiment and just a good-natured person - Mikhail Rodzianko: 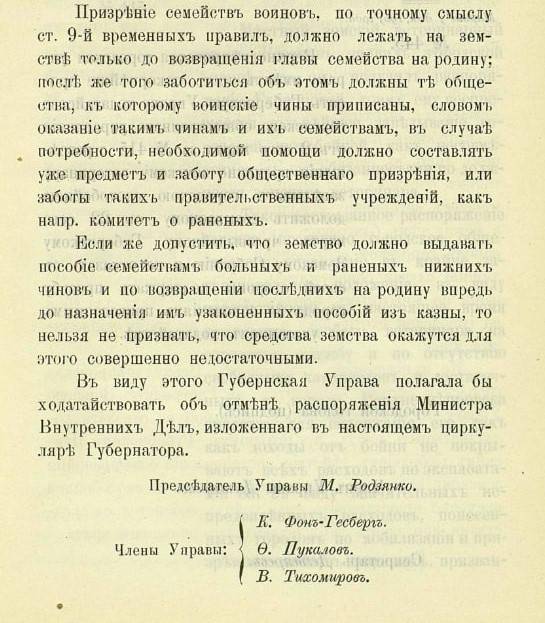 In short, it's not our problem. All by yourself. There is no money, but you stay there. Let them figure it out locally. A patriot, a sovereign ... And the soldier returned without a leg, so let him be patient, somewhere in six months they will issue him a pension, the family will somehow survive. Well, with the wounded - so the council did not send them there.

And who was Mikhail Rodzianko, a large landowner, a high-level Zemstvo, an Octobrist and, whatever one may say, a traitor to the oath, who touchingly "helped" the crippled soldiers of the Russian-Japanese, to decide for himself. But for me, if after such a front, Rodzianko's career rapidly went up, something was wrong in the Kingdom of Denmark.