Putin considers NATO to be an atavism during the Cold War 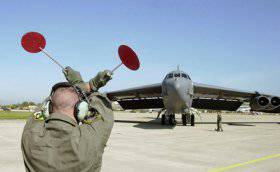 Russian President Vladimir Putin believes that NATO in its current form is an “atavism of the Cold War” and is in favor of the earliest transformation of this bloc into a political organization.

“For what it exists to this day is unclear. This is (NATO) largely atavism of the Cold War,” Putin said today at a meeting with the military of the 201-th Russian military base in Tajikistan.

According to him, in Moscow, they are interested in NATO transforming faster.

Putin confirmed that in Russia, with "justified anxiety," they perceived and will perceive the expansion of NATO.

"You, as military people, perfectly understand that talking is one thing, and the presence of some kind of attack systems or missile defense systems near our borders is another thing. This creates real threats to our territory. Of course, in this case we will have to to build its defense policy in such a way as to stop these threats ", - quotes the President of ITAR-TASS.