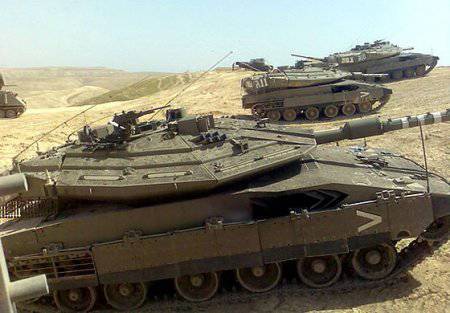 In terms of the ratio of the volume of arms exports to gross domestic product (GDP) over the 8-year period (2004-2011), Russia ranks second in the world after Israel.

Ranking countries on this indicator characterizes the degree of importance of military exports in the overall structure of the country's economy.

Israel ranks first in the world in terms of the ratio of identified military exports to GDP (1,01%) (exports of military hardware to 2004-2011 amounted to 14,462 billion dollars, and GDP over the same period was 1430 billion dollars). That is, the economy of Israel is most dependent on the export of arms in comparison with all other countries of the world.

Other largest suppliers of weapons occupy a more modest position on this indicator, which indicates the lesser importance for them of military exports in the overall balance of the country's economy.

Of the world's leading suppliers of weapons, China has the lowest ratio of military exports to GDP.

Ranking countries by the ratio of arms exports to military expenditures by period 2004-2011.

Ranking countries on this indicator allows "indirectly" to determine the balance between military exports of a country and the funds allocated for the development of its own armed forces, given the fact that a significant proportion of military spending is spent on financing the procurement of weapons for its own army.

Nevertheless, TSAMTO considered it appropriate to carry out such an analysis, since it is already of interest in itself.

Unlike Russia, Israel, Sweden and Ukraine, the other largest world arms suppliers have a significantly lower ratio of military exports to military expenditures.

China has the lowest percentage of the world's leading arms suppliers - 1,81%.

Fully material on military spending countries of the world for the period from 2004 to 2011. with a large number of tabular statistics will be published in the upcoming publication of the year TSAMTO-2012.