“I see the future of Mariupol in joining Russia”: conversations of bloggers with residents of the liberated districts of the city 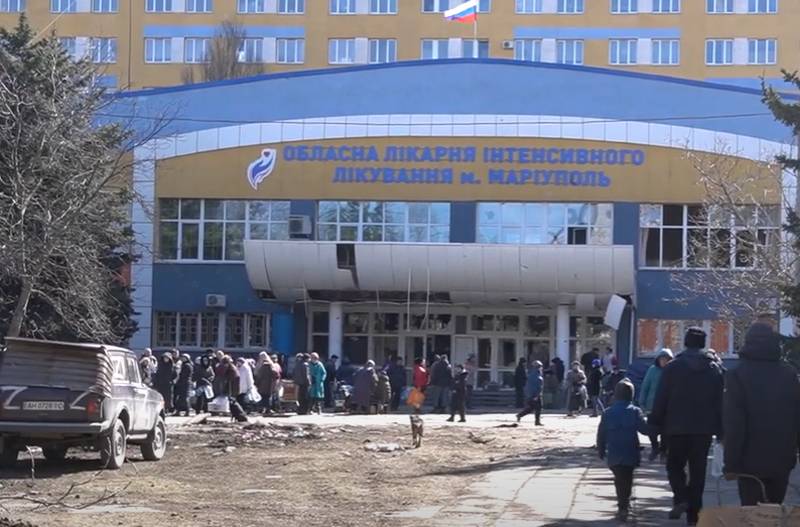 The picture of objectivity is made up of direct evidence. Today in the lens - Mariupol, those people who remain there - some in their surviving house, someone in a dilapidated apartment, someone - in the basement of relatives or neighbors. Living witnesses of what is happening are the townspeople, who share their thoughts openly and honestly, tell just as frankly about their grief and the joy of meeting the liberation army, no matter how hard they try to keep silent in Kyiv.


Journalists from various publications, including foreign media, bloggers who came to the liberated Mariupol are interviewing local residents. These words are valuable.

One of the reports was published by the Young King channel. This is a children's channel, the story of which is about Mariupol, for obvious reasons, today it is difficult to connect with childhood. But this is the quintessence of what is happening in the city.

Bloggers are interviewing local residents who they met in blocks 300-400 meters from the Sea of ​​Azov - in the area where the Mariupol station is located.

A few testimonies and thoughts from the townspeople:

I see the future of Mariupol in joining Russia. And much more than half of the townspeople see this is his future. The fact that there is destruction is scary, of course. But everything will be fixed.
When there was a referendum in 2014 on independence from Ukraine, 98% of local residents were in favor of living separately from Kyiv. But then they abandoned us, they did not hold the city. Maybe that's why there is less trust today. Nevertheless, the majority still does not see themselves as part of Ukraine.
We sat in the basement for a month and three days with a 2-year-old child. Then the soldiers entered our house. We thought it was dill. We thought we were done. When we saw their white armbands, we realized that they were ours. DNR. They began to bring us everything we needed, up to diapers.
A few days ago, the Ukrainian military showed up and told us to move from our house to school No. 37. They say you'll be safe there. And on the same day, the school was gouged. Did they send us there on purpose? So think for yourself.
Both the Ukrainian and Russian military were treated well. We have children and disabled people in the house. But the Russian soldiers at least brought bread.
How do I know about the Nazis? So for eight years they showed themselves here drunk at discos. They have swastika tattoos. They covered themselves with women and children. And in the 14th year, too, a nightmare that they did.
Did we know about humanitarian corridors? If only word of mouth. And even then Ukrainian troops fired at people, saying: we are staying, and you will stay.
Do I agree that the government should change in Mariupol? And the power here will change this way and that... The mayor who left on the second or third day is not the mayor. I understand that there are two opposing sides. But I could agree - for an hour or two - to suspend hostilities, let them bring humanitarian aid, put out the fires. Nobody agreed. And here was anarchy, lawlessness. "Azov" (* an extremist organization banned in Russia) was in command.