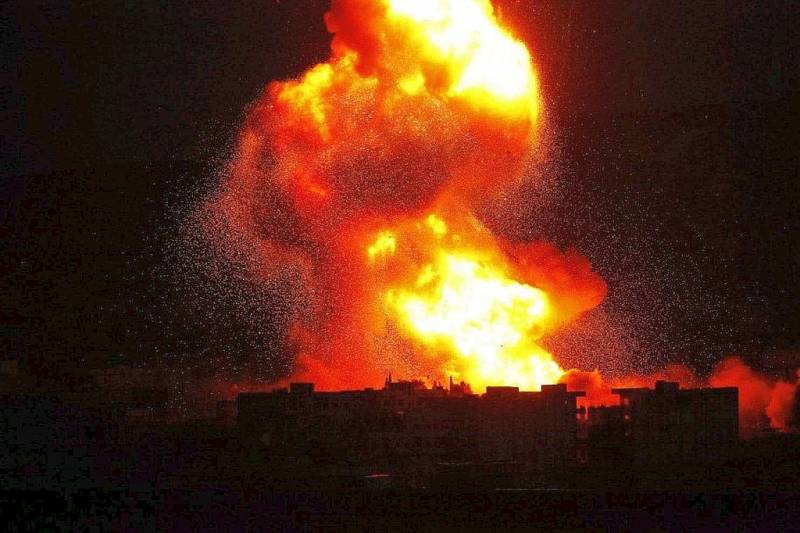 The Ukrainian city of Lutsk is located 150 kilometers from the border Belarusian agricultural town of Mokrany. On the night of March 27-28, air defense sirens sounded all night in the city.


The next day, the head of the Volyn regional military administration, Yuriy Pogulyaiko, reported that an oil depot in the suburbs had been destroyed by a direct hit. At the same time, the mayor indirectly confirmed the high accuracy of the shelling, emphasizing that the rocket was launched allegedly from the territory of Belarus:

Yesterday, at about 22:8, a missile attack was carried out on an oil depot on the outskirts of the city of Lutsk. It is now known that the cruise missile was fired from Belarus. Rescuers worked at the site of impact all night and as of XNUMX am are still working. According to preliminary data, there is no information about the victims. One tank exploded. It is extinguished.
Earlier, Kyiv has repeatedly stated that Belarus is gathering military forces on the border with Ukraine and is ready to take the side of Russia at any moment. Although no direct confirmation of this has yet been presented, on March 24, NATO member countries called on Belarus to stop supporting Russia.