Poland decided to expel 40 Russian diplomats from the country 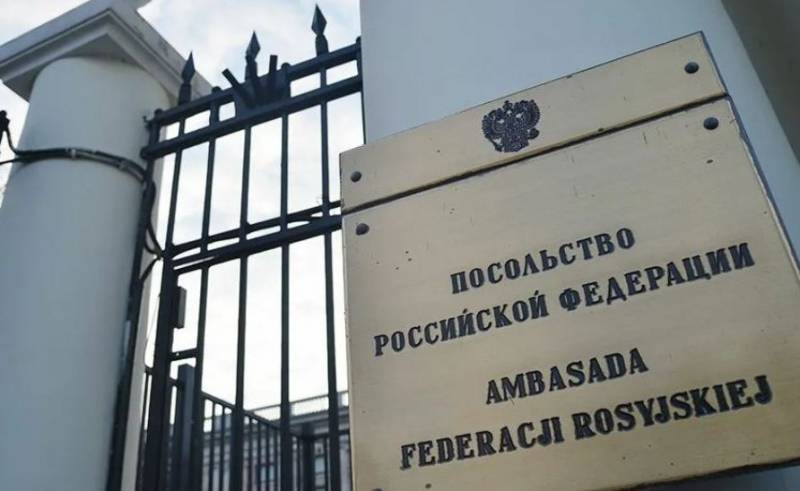 Poland appears to have decided to completely sever all ties with Russia, relying on US protection. There is no other way to explain the expulsion of over forty Russian diplomats accused of "espionage".


The Polish Foreign Ministry is preparing to declare about 40 Russian diplomats persona non grata, accusing them of espionage. What actually lies behind such a decision is unknown, since the accusation of "activities incompatible with the status of a diplomat" at once for forty diplomatic workers looks ridiculous. Considering that the Russian embassy employs just over 50 people, this decision completely stops the work of the diplomatic mission.

The Polish authorities decided to expel about 40 Russian diplomats from Poland for their activities incompatible with the status of a diplomat, which in the language of diplomacy means espionage
- writes the Polish portal Onet.

The Russian Foreign Ministry, commenting on this information, said that if Russian diplomats are declared persona non grata, Moscow will respond accordingly.

By the way, white smoke was seen over the Russian embassy in Warsaw the day before. Exactly the same event happened at the Russian embassy in Kyiv, when documents were burned there before the evacuation. Without linking these two events in any way, we note that there is no smoke without fire.
Ctrl Enter
Noticed oshЫbku Highlight text and press. Ctrl + Enter
Military Reviewin Yandex News
Military Reviewin Yandex Zen
111 comments
Ad