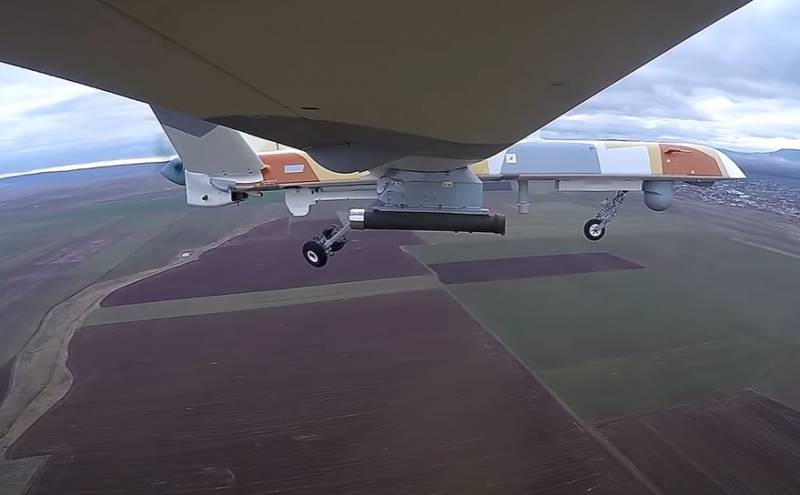 The Ministry of Defense continues to demonstrate footage of the combat use of domestic drones during a military special operation in Ukraine. During one of the parts of the special operation, a communication center of the Ukrainian armed forces was revealed. This node was hidden in a forest, but this did not interfere with the drone.

On the footage published by the Russian defense department, you can see how a disguised communications center of the Armed Forces of Ukraine appears in the lens of the UAV camera. After some time, a hit on a military facility with a precision-guided munition is demonstrated.

The blow was dealt with truly jeweler's precision. He did not cause a fire in the forest, in which the point of operational-tactical communication of the Ukrainian troops was hiding.

The operation made it possible to disrupt communication between several Ukrainian armed formations operating in that area at once. At the moment, the Russian Ministry of Defense does not report on the specific location of the destruction of the communications center of the Armed Forces of Ukraine.

It is known that the use of reconnaissance drones has also intensified. For example, they help the ground forces to identify firing points of Ukrainian militants in Mariupol. After identifying such points, they are destroyed.