President of Belarus: Our military, together with the Russians, intercepted two Tochka-U missiles in Belarusian airspace 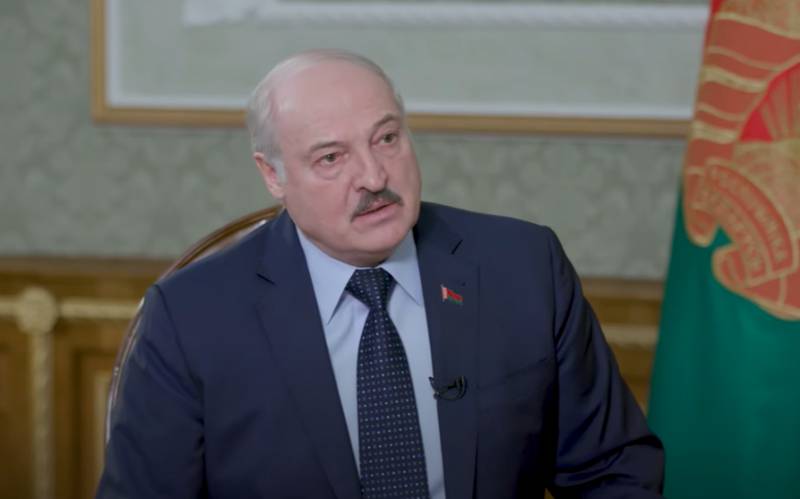 The President of Belarus made a statement that the Belarusian territory was attacked by Ukrainian armed groups. To neutralize the threat, anti-aircraft and anti-missile defense means were used.


According to Alexander Lukashenko, cases of rocket launches by Ukrainian troops have recently become more frequent. Thus, two Tochka-U tactical missiles were intercepted in the airspace of the Republic of Belarus.

The President of the Republic of Belarus, giving an interview to Japanese journalists, said that if provocations in the form of rocket attacks continue, the Belarusian side is ready to respond. According to Lukashenka, it will be proportionate and tough.

It is quite clear that by launching rocket attacks, Ukrainian troops are taking steps to draw us into this conflict. Here, our military, together with Russian colleagues, the Tochka-U missile was intercepted over the Pripyat River.
Lukashenka noted that the Ukrainian troops carried out the launch at night.

Earlier, the Ukrainian side accused the Belarusian authorities of providing Russia with territory for military operations against Ukraine. And after the accusations, it was reduced to the fact that in the Kiev region, allegedly, the Belarusian security forces were also participating in the operation. Lukashenka called the statements about the participation of the Belarusian military in the hostilities in Ukraine a lie.

Lukashenka in an interview with Japanese journalists: