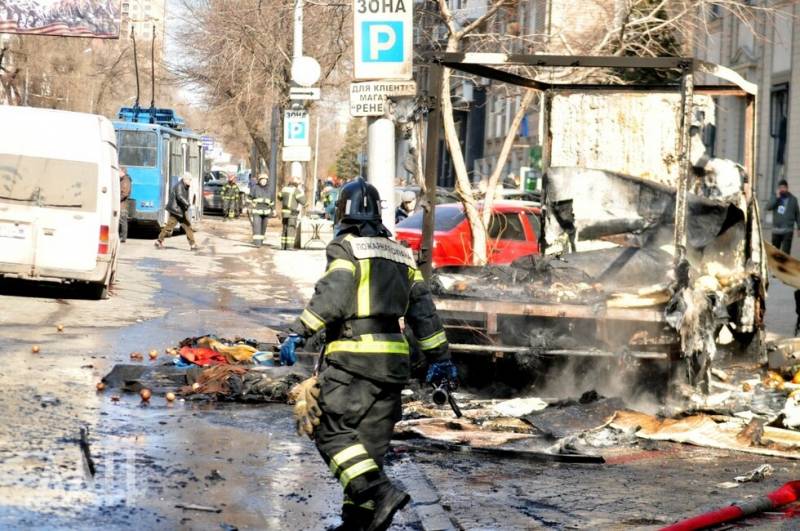 In Donetsk, all those involved in yesterday's shelling of the city with a tactical missile "Tochka-U" have been identified, the names of the servicemen of the Armed Forces of Ukraine are known. This was stated by the head of the DPR Denis Pushilin.


The Donetsk military carefully studied the fragments of a rocket launched from the positions of the Armed Forces of Ukraine in the Krasnoarmeysk region of Donetsk and established the serial number of the ammunition. After that, a unit was installed, which was armed with this missile and other necessary data.

Yesterday, the data was clarified based on the fact that we had the serial number of the rocket, what kind of unit, who the commanders were, who gave the order on the spot, whether there was an appropriate agreement, respectively, the command ... that is, all the names of the perpetrators were established
- said Denis Pushilin.

Recall that yesterday, March 14, a Tochka-U rocket loaded with cluster munitions was shot down over Donetsk. When falling, part of the ammunition still worked, which led to the death of 21 civilians and the injury of 36 more people. By the way, in Kyiv they deny the launch of a tactical missile in Donetsk. Leonid Matyukhin, officer of the Operational Information Center, said the missile is "unequivocally Russian." According to him, this is all "Russian propaganda".

Meanwhile, the head of the DPR clarified the situation with Mariupol a little, saying that during the night the units of the army of the republic, with the support of Russian special forces, managed to advance significantly. True, he did not give any details. It also became known that one of the legendary militia commanders with the call sign "Cluny", who fought since 2014, died in Mariupol.

(...) on Monday, a well-known militia commander since 2014 with the call sign "Cluny" died near Mariupol. War is war, so the liberation of the Donetsk People's Republic is, unfortunately, also associated with losses on our part. But this does not stop us in any way, but makes us move more intensively.
- added the head of the DPR.