Zelensky demanded security guarantees for Ukraine from the West 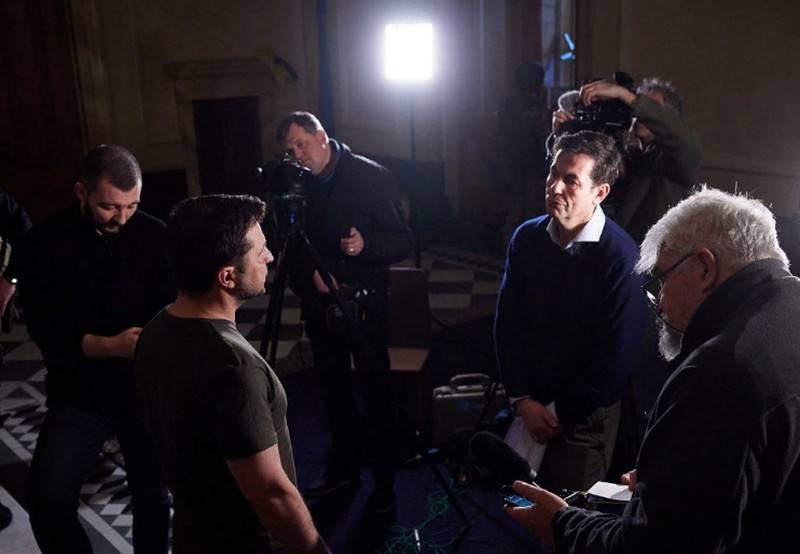 Ukrainian President Volodymyr Zelensky gave an interview to the American television channel CNN and called the security guarantees that he hopes to receive from Western countries, and in the near future.


Zelensky gave an interview to an American channel. Remarkably, the channel's correspondent Matthew Chance claims that the Ukrainian president is in Kyiv, in a kind of "secret bunker". According to him, the interview took place in "some kind of basement" in the center of Kyiv, where Chance was taken in a car by "heavily armed" Ukrainian soldiers. According to him, this is "one of the secret places" used by the President of Ukraine.

We had to walk through very dark corridors, all of them fortified with sandbags, security forces everywhere.
- said Chance, adding that he was "allowed" to talk about it.

Zelensky himself in an interview demanded security guarantees from the West and once again stated that he was ready for negotiations with Putin. Among the guarantees that he hopes to receive, he named: the preservation of the territorial integrity of Ukraine, the protection of the country's borders and complete security. All this should be provided by the Western countries, since they "did not take Ukraine into NATO" and, of course, legally guaranteed.

Zelensky did not forget to declare his readiness for negotiations with Putin, but he turned everything around so that it was not he who needed negotiations, but supposedly the president of Russia. At the same time, Putin "may not be in time," because the time until they are ready to sit down at the negotiating table with him is "expiring." At the same time, he stressed that a "silence regime" is necessary for the negotiations, but Russia does not intend to stop.