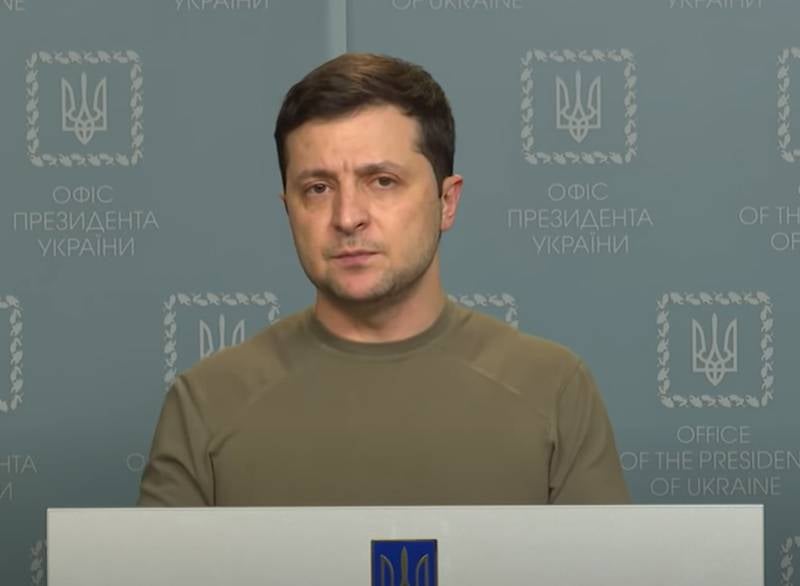 According to the Ukrainian president, among the options that he offers are the capitals of Hungary, Azerbaijan, Poland, Slovakia, as well as Istanbul (the largest city in Turkey).

Zelensky said that in addition to Belarusian and Russian cities, "in principle, any other city is suitable."

Recall that the news about the arrival of the Russian delegation for possible negotiations in Gomel came after telephone conversations between the President of Belarus and the President of France. At these negotiations, Macron suddenly remembered the brotherhood of the Belarusian and Ukrainian peoples, and Lukashenka noted that Belarus was ready to again become a platform for Russian-Ukrainian negotiations.

And the day before, the President of Ukraine called the Israeli Prime Minister and asked Naftali Bennett to mediate in negotiations with Vladimir Putin.

In this regard, it is not entirely clear what can now be discussed at possible negotiations. In Ukraine, a demilitarization and denazification operation is underway. And it is unlikely that the Ukrainian authorities, having left Kyiv, will be able to guarantee demilitarization and denazification, even if they themselves suddenly “want” it. Therefore, negotiations can be held even in the middle of the Sahara desert, but if the result is initially seen as close to zero, then the point of starting a negotiation process is very doubtful.
Ctrl Enter
Noticed oshЫbku Highlight text and press. Ctrl + Enter
Military Reviewin Yandex News
Military Reviewin Yandex Zen
125 comments
Ad