A series of coups and their attempts in Africa: Guinea-Bissau is next 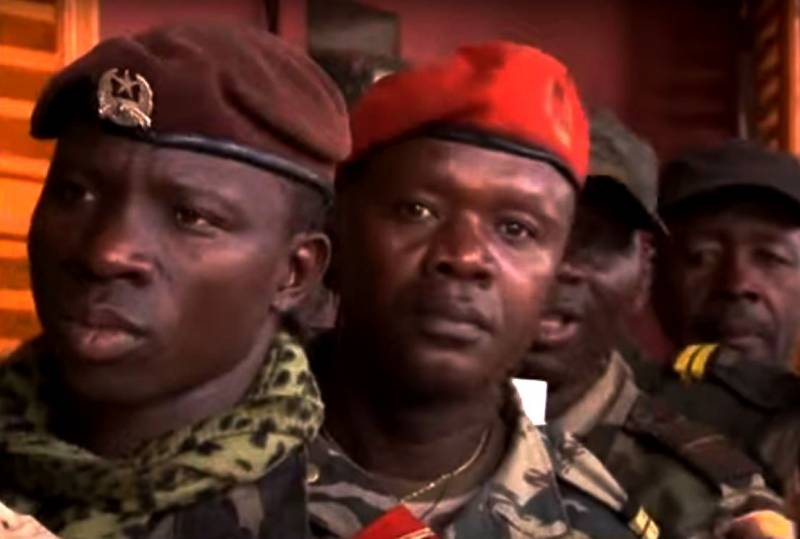 Shots were fired in the capital of Guinea-Bissau, Bissau. The shooting continued for at least five hours. As it became known later, a group of servicemen mutinied and surrounded the building of the government residence. The rebels captured President Umaro Sissoku Embalo and Prime Minister Nuno Nabian. However, unlike in Burkina Faso, in Guinea-Bissau the rebels were not lucky. Military units loyal to the government arrived to help the president.


For more than five hours, skirmishes between rebels and government troops continued. In the end, the military, who remained loyal to the head of state, managed to recapture Embalo from the rebels. The President and the Prime Minister were transported to the presidential palace under heavy guard.

Umaro Sissoko Embalo called the events an attack on democracy in the West African country. Later, the President of Guinea-Bissau said that the attempted rebellion could have been inspired by people associated with drug trafficking. By the way, Embalo is a former military man himself, a retired brigadier general of the Guinean army, which led to his support from part of the government troops.

Guinea-Bissau is a problematic country. One of the poorest states even by African standards, Guinea-Bissau has experienced many military coups in the forty-odd years of its political independence. But not a single regime has been able to improve the economic situation of the country, to make people's lives more well-fed and safer. Probably, the Guineans are already accustomed to constant military coups, so the shooting at the residence of Umaro Sissoko Embalo is unlikely to surprise them much.

Another question is, who could need a military coup in this country and why did it take place immediately after the coup in Burkina Faso? Firstly, the Guinean rebels could simply be inspired by the example of a neighboring country and consider that since the military of Burkina Faso managed to seize power, then the worse the Guineans. Secondly, both Guinea-Bissau and Burkina Faso share many similar economic and social problems.

With very high poverty, these countries have a very high birth rate by world standards. The population of West Africa is growing, getting younger, but there are no guarantees of well-being in life. Someone leaves for Europe, but most remain in their native countries, where a more or less well-fed life is guaranteed either by military service, or by crime, and more recently by terrorist groups that are actively developing West Africa.

It is clear that it was easier for President Embalo to blame the drug dealers for what happened (and this problem is really very acute in Guinea-Bissau, since the country is a transit point for the Latin American drug mafia) than to admit that there are many social problems and mistakes in the work of their own government. But the fact remains that it is becoming increasingly difficult for the West to control the situation in the former colonies in Africa. The governments with which the West is trying to engage in dialogue are engulfed in corruption, govern extremely inefficiently, and this causes great discontent among the population, which, in turn, is successfully exploited by the ambitious military.