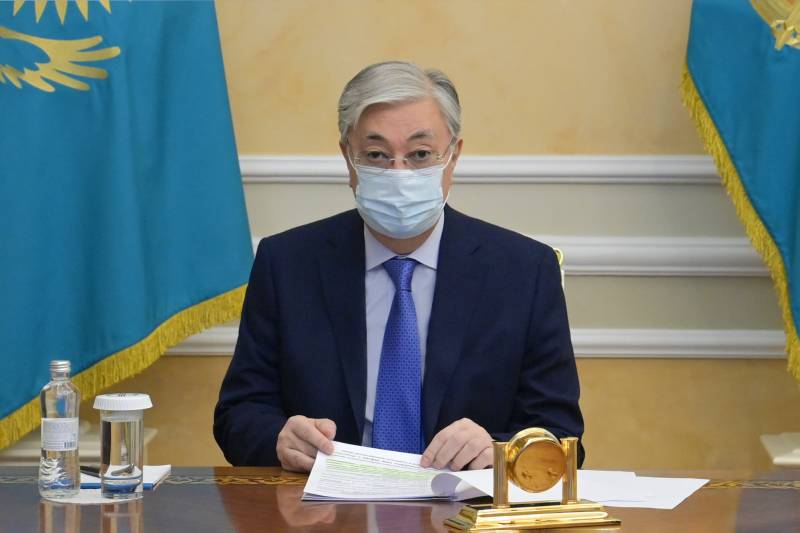 The President of Kazakhstan commented on the events that unfolded in the country in early January of this year. Recall that, among other things, the servicemen of the Kazakh troops fought with illegal armed groups in the region of Alma-Ata, the largest city in Kazakhstan. Before that, the protesters seized the airport. Under their control, the Alma-Ata air harbor remained for several days - until it was liberated by units of CSTO peacekeepers that arrived in Kazakhstan.


According to Kassym-Jomart Tokayev, the Alma-Ata airport was seized in order to allow the militants to get into the city. Tokayev said that militants had previously arrived at the airport under the guise of guest workers from various “Central Asian cities”.

At the same time, the Kazakh president did not say which particular city he had in mind.

These people were even taken through the border posts at the airport, then they ended up in the city and began to actually manage the entire operation.
According to the President of the Republic of Kazakhstan, it was those persons who arrived under the guise of entry workers who subsequently coordinated the anti-constitutional protests in the country. It was they who gave orders to the crowd, which became radicalized literally with every hour of anti-government protests.

Tokayev called these actions a terrorist act, which was clearly planned.