January 26 2022
9
What are the designers capable of having received carte blanche? Flying equipment, Tanks with four tracks, military robots are just the tip of the engineering iceberg. We present the project "The Strangest Fighting Vehicles of the World" from the creators of the legendary game World of Tanks. The rubric tells about the amazing, daring and failed decisions of tank engineers. The protagonist of this issue is the Swedish Strv-103.


After the Second World War, Sweden considered the invasion of the USSR as its main threat. The country was preparing exclusively to repel the attack of the Soviet troops, but there was not enough budget for a large-scale purchase of foreign tanks. As a result, the command made a bet not on the quantity, but on the quality of its equipment. Sweden continued to create a fleet of combat vehicles on its own, and the designers were given the task of developing a fundamentally new tank. One of the main requirements was ease of development, so that soldiers could quickly learn how to control. Thus began work on the Strv-103.

Unlike countries specializing in the creation of wide-profile machines, the Scandinavians concentrated on a few basic parameters - good security and improved maneuverability. At that time, technology did not allow most tanks to shoot accurately on the move, and in order to aim and make an accurate shot, they had to stop. The Swedish engineers could not improve the stabilization system either. Instead, they first abandoned the idea of ​​firing on the move, and then offered to remove the turret and mount the gun directly on the hull. As a result, the profile was lowered (1.9 meters), and the tank itself became more compact.

To increase the security of the Strv-103 and keep a relatively small mass, the designers placed the frontal armor plate at a very large slope. Its thickness was only 40 mm, but the rational arrangement made it possible to effectively repel enemy projectiles. In addition, the machine was equipped with lattice anti-cumulative screens. They were used for the first time, and information about them was kept secret until 1992.

However, the tank became a legend thanks to the combined power apparatus and internal layout. The engine compartment housed both the classic Rolls-Royce diesel engine and the Boeing gas turbine. They could work both autonomously and together, so the car turned out to be very fast. Moving even in reverse, she developed a speed of 50 km / h.

A rigidly fixed gun passed along the axis of the entire hull, and the loading mechanism was in the stern. To aim at the target horizontally, it was necessary to change the position of the tank each time. With vertical guidance, an improved hydraulic suspension came into play. Thanks to its high maneuverability, the Strv-103 turned on the spot almost as quickly as the turret of conventional tanks, which allowed it to operate effectively even on the offensive. 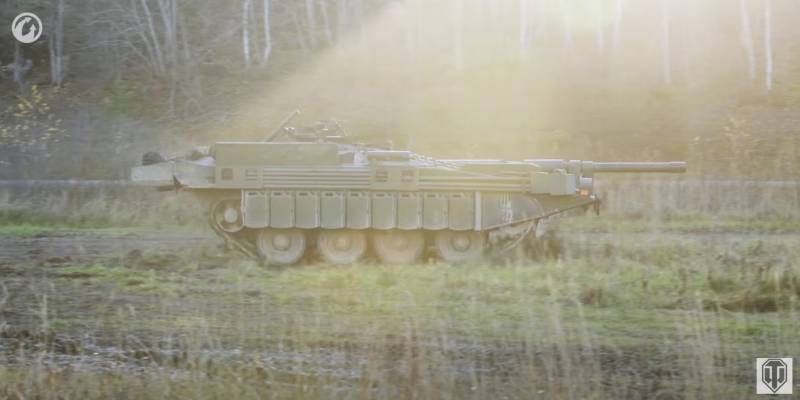 The tank was armed with a powerful 105 mm Bofors L7 cannon, which was developed for British vehicles. At that time, she was considered one of the best in the world. However, the Swedes lengthened it from 56 calibers to 62. The modernization increased the muzzle velocity of the projectile, and also improved armor penetration, which was already enough to destroy even promising Soviet armored vehicles.

The crew of the car consisted of three people: commander, driver and radio operator. The control devices for the commander and driver were duplicated. This made the Strv-103 a unique tank that could be controlled and fired by one person at the same time.

Another feature of the Swedish car was the boost system. It was a high rubberized case that rose from the sides. Thanks to him, Strv-103 could swim across water obstacles. At the same time, the driver was on the edge of the structure and controlled the tank with the help of cables. 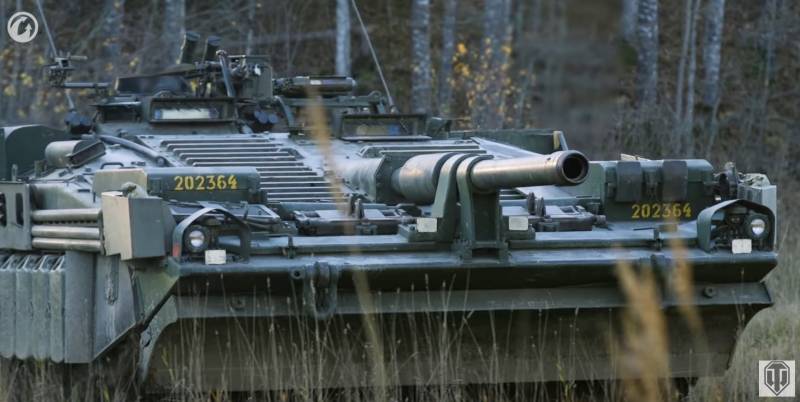 Unusual technical solutions made Strv-103 a national treasure. It was constantly upgraded, equipped with modern surveillance systems and dynamic armor. Designers experimented with weapons and ballistic computers. However, the car never showed itself on the battlefield, and in 1997 went on a well-deserved rest.

For more details about the crazy Swede, see the video from Wargaming.