Ultimatum is just the beginning 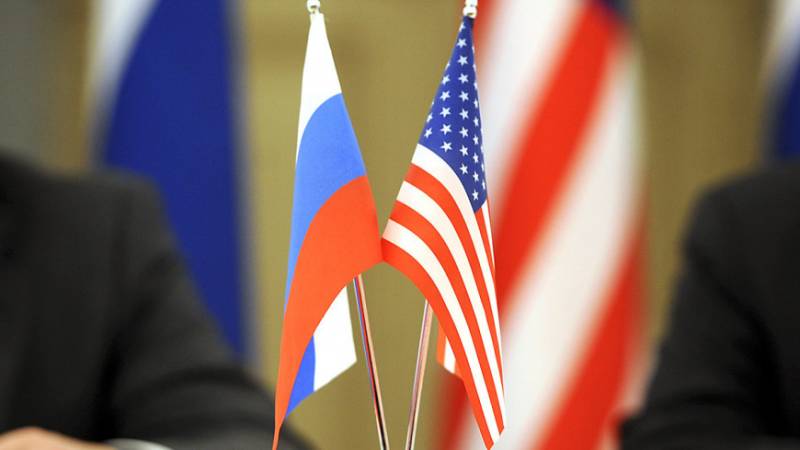 The deadline is approaching, which was named by the Americans and Europeans for the formation of their own answers to the questions asked by President Putin. There is a gloomy lull in the information space.

The propagandists of Russia, NATO, the United States continue to automatically talk about the theses that have long bored everyone about the coming war between Russia and Ukraine, about NATO's advance to the Russian borders, about sanctions that will destroy the Russians.

The set is well-known and few surprise anyone.

Everyone understands that the issues that need to be resolved are much more serious than what analysts and political scientists are talking about.

First of all, we are talking about Russia. About whether Russia will be tomorrow.

We are not talking about the seizure of territories, the collapse of our state or the removal of President Putin from the post.

About whether Moscow will accept the world leadership of the United States and recognize the NATO bloc as the main guarantor of global security, or will it achieve the return of NATO troops to the borders that were before 1997. Thus, it will secure its own borders from a surprise attack.

In my opinion, today Moscow and Washington have completely opposite goals.

Today, only China and Russia interfere with the hegemony of the United States, but in the event that the confrontation between NATO and Russia is reset to zero, the EU countries, those that today are the economic locomotive of the European Union, will remember their former greatness and demand real independence from America.

Another obstacle to the hegemony of the States will appear - an independent Europe.

“We retreated silently for a long time. It was annoying, they were waiting for the battle ... "

Alas, this is how one can describe the foreign policy pursued by Russia literally until last year. We retreated, we did not respond to obvious provocations, we adapted to the "new conditions". We felt cheated. Not defeated, but deceived.

In the West (and above all in the USA) they openly celebrated the victory over the USSR. They completely ignored any of our requests, not even demands. Washington established the “American order” over the world, in which the North Atlantic Alliance began to play the role of a bully.

The Americans and Europeans no longer hesitated to openly remove the leaders and governments of other countries, strike at targets in other regions, and send their troops into foreign states.

Ultimately, the US and the EU simply stopped taking Russia's interests into account in their international policy altogether. Russia must either obediently follow orders, or be "thrown out of the ranks of civilized countries." Which is basically what happened. Europe has united, and we have remained on the outskirts. The famous "gas station country" from there, from that time.

Of course, we tried to somehow integrate into world politics.

It seems to me that the numerous interviews of the Russian President, the Minister of Foreign Affairs and other high-ranking officials are just from the series “may you understand us, finally.” Understand and accept as we are.

Yes, and "Soviet", if you like, we have preserved imperial ambitions. Russia has never been the backyard of world politics. We are too big, too rich in resources, too important to both Europe and Asia to be nothing. Moreover, this applies not only to citizens of the Russian Federation, but also to citizens of young countries from among the former Soviet republics. Everyone perfectly understood what fate the West had prepared for these states.

It seems to me that the pandemic was a sobering, turning point, if you like.

We perfectly remember many beautiful words about uniting the world in the face of global danger. We remember the calls to unite and fight together.

And what happened in reality?

The world hegemon, the beacon of democracy, shamelessly robs his alleged friends and simply takes away the vaccine intended for the Europeans. Chinese and Russian scientists create vaccines, but they are not recognized by the WHO.

Those who shouted the loudest about philanthropy almost immediately excluded all other people, except for citizens of their own countries, from the list of those living on the planet.

From here, from the end of 2020 - the beginning of 2021, in my opinion, a new era begins. The era of Russia's return to the number of leading countries.

Why is the United States forced to negotiate with Russia?

It seems to me that the fact that the United States entered into negotiations with the Russian Federation was the result of the Kremlin's skillful actions in Syria and Ukraine.

The operation in Syria showed the Americans that Russia has capabilities that are not inferior, and sometimes even surpass those of the NATO bloc.

And those “meetings” of planes in the Syrian sky, policemen on Syrian roads, SOF in battles against terrorists, which happened quite often, showed the strength of the Russian army and its absolute disrespect for the American flag.

Today, the Americans, like other Turkish NATO members, prefer not to mess with the Russians in Syria. At the same time, there is no war between Russia and NATO.

In Ukraine, it's even easier.

Do you remember President Putin's statement about the statehood of Ukraine in the event of resumption of hostilities in the Donbass?

How many times has this statement been repeated by our ministers at various meetings?

The West stubbornly pretended that the statement was just a PR of the Russian president, not supported by anything.

By the way, it's a paradox, but the American politicians are still full of people who are sure that Russia does not have the ability to inflict any damage on US territory. This is probably why there is so much militancy in the words of American congressmen and officials. Americans don't want to believe that today is 2022, not 1997.

Now, finally, the understanding has come that the Kremlin is not bluffing about Ukraine. That it is really important for Moscow that this country remains neutral.

Therefore, if the Kosovo scenario is implemented by Ukraine, the Kremlin will go for a military solution to the problem without a doubt, despite any objections and sanctions from the West.

Will the Americans accept Moscow's conditions?

In my opinion, the US will not agree to Russia's terms. The question has been put too concretely and too radically by the Kremlin.

Everything will be nicely furnished. The collective West is fighting for the independence of the countries of Europe. For the right of peoples to decide for themselves in which bloc they want to participate.

But in fact, Washington agrees to talk, but in such a way that there is an opportunity to "save face." It is not for nothing that Americans have appeared in the media several times on the topic “such negotiations cannot be conducted in open mode.”

If you carefully listen to the speeches of Russian politicians and high-ranking military officers, you can come to the conclusion that there is no faith in any agreements, treaties, obligations and other "paper" in the leadership of the Russian Federation.

And in recent years, the Americans have spat on these agreements so many times, so many times they withdrew from the treaties, that, indeed, they cannot be trusted.

And where is the exit?

It doesn't change anything at all. The contract, no matter how you accept it, is just a gentleman's agreement.

And what is it in the modern world?

The only correct and possible solution was voiced by President Putin. Non-expansion of NATO to the east and the withdrawal of alliance units from the borders of Russia.

If you think about it, there is only one really working security guarantee in the existing world. A guarantee that was successfully used by the USSR and the USA in the last century.

No matter how cynical it may sound, this is a guarantee of mutual destruction. The fact that when you attack another nuclear power, you will in any case receive a response that destroys you, perfectly sobers up any hawk.

Such a guarantee for Russia is the non-location of launchers for medium-range missiles at a certain distance from the country's borders. Simply put, a country should have at least a minimum margin of time to react to an enemy strike, to neutralize this strike.

Again I remembered the phrase of the Russian president about a world without Russia: “Why such a world if there is no Russia there”?

Indeed, why should we?

But are there any options for solving the problem, other than military?

Returning to the beginning of the material, I repeat, for me the agreement between the Russian Federation and the United States on the terms dictated by Russia is very doubtful. Too harsh tone of demands and too short time for reflection and decision making.

It seems to me that the Americans will try to buy time by agreeing on one or more points of the requirements.

For example, a guarantee that Ukraine and Georgia will not join the alliance is perfect for this.

After all, President Biden has already promised at least 10 years of delay to Kiev. Moreover, why don't the Americans declare a moratorium on joining NATO for some time.

Is it bad or good?

I have no answer.

But this is the real solution to the problem.

The rest of the issues will be decided by the presidents of the United States and the Russian Federation at the summit. Unilateral agreements on the non-deployment of launchers, on the non-proliferation of nuclear weapons, and so on. It is possible to conclude an INF treaty again. Naturally, on the terms of their safe deployment for both countries.

Even questions about NATO units in Poland and the Baltics are perfectly resolved in a bilateral format. The Americans have long envisaged such an opportunity as a painless withdrawal of these units. They are located there on a rotational basis. They arrived and left. The others didn't come.

The scenario of a possible solution to the problem is, so far, nothing more than a scenario. Solutions may be different. As well as the result of negotiations between the leaders of the United States and Russia.

But in any case, the ultimatum was and remains a necessity. If only because it will bring clarity to international relations. The positions of all players will become clear.

Be that as it may, with any response from the American side, President Putin gets the opportunity to make decisions taking into account the positions of most countries of the world.

It is understandable that the CSTO will receive another impetus for development in the near future.

The fact that the integration of Russia and Belarus will deepen is also clear.

The fact that Russia will be able to ensure security precisely from dangerous directions, I think, is also obvious.

Russia has repeatedly spoken about a military and military-technical response. I think we will see this answer soon.

What it will be is still unclear. Moscow knows how to keep secrets. But the fact that it will be a rather original and strong move is already indisputable.

So, the ultimatum is just the beginning of the journey.

As diplomats say, "only the first round of negotiations took place."

It is important that in the heat of patriotism and the struggle for benefits for their states, diplomats still maintain a balance. They would combine their interests with those of others.