Confessions of the destroyers of the USSR: "We just took the dissidents' salary" 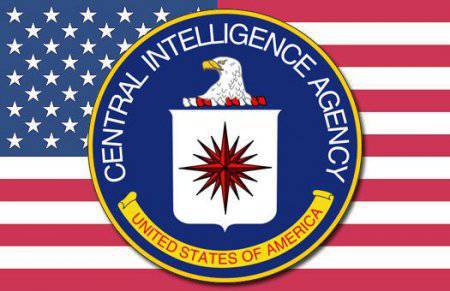 CIA understands: "Russia is the only country that can destroy the United States"

American politicians, including former leaders of the Central Intelligence Agency, as well as well-known political scientists, spoke about the technologies that they “rolled back” on the destruction of the USSR. This is written in LJ blogger Anna Kislichenko, attached to the text and video.

In particular, US Foreign Policy Specialist Michael Ledin says: “Who, under Reagan, thought we would break the USSR? But some 8 years have passed! We just took the dissidents' salary and that's it. A democratic revolution happened, and the country collapsed. If we were able to break the Soviet empire in this way, supporting a handful of people who were in favor of reform, and those people could be counted on their fingers, who could doubt that we would bring down the Iranian government with the same success! ”

In turn, the director of the CIA in 1993-1995, James Woolsey, said: “Most of us in one way or another participated in the Cold War. You know, I even miss the USSR a little: he was so vulnerable to what we did so well before and to what we still do today! ”

Michael Ledin re-enters: “Of course, we must support the revolution. It is very difficult to find a revolution that would be possible without outside support. The velvet revolutions were successful only because we supported them morally, politically, and financially. ”

At the same time, the US ambassador to the UN in 2005-2006, John Bolton, said that the United States "has the right to defend itself by all available means, including regime change in other states, if necessary, if there is such a threat."

Bolton himself was commented on by the famous philosopher, publicist, linguist and political scientist Noam Chomsky (Chomsky), a professor at the Massachusetts Institute of Technology: “Bolton speaks honestly and openly. He is a gangster and not shy about it. We are a superpower, and we will sweep away everyone who comes in our way. What is there to hide?

A CIA officer in 1957-1968, Philip Agee, said: “The collapse of the USSR and the Eastern bloc had many internal causes, but for years the CIA has grown internal movements to undermine the social bloc. The instability they created there in the 90s was used by the United States to encircle Russia with military bases. Because they understand: Russia is still the only country that can destroy the United States. ”

Further economist William Engdal speaks: “The ultimate goal, and the British scientist McKinder talked about this, in historical, economic competition, the main prize in this game is Russia. And whatever the United States claims, Russia today is the number one goal for American politics. Missiles in Europe are needed only for one thing: to gain strategic superiority, the possibility of receiving a first strike on Russia, the only country in the world that can wipe the United States off the face of the Earth. ”

Again, Phillip Agee: “Under Putin, the situation in Russia has changed. And I feel that in the United States and in Europe there is growing concern about the revival of a great power that has natural resources. I want to say it in Russian: do not be naive! The CIA is a tool used against Russia to stop it. ”