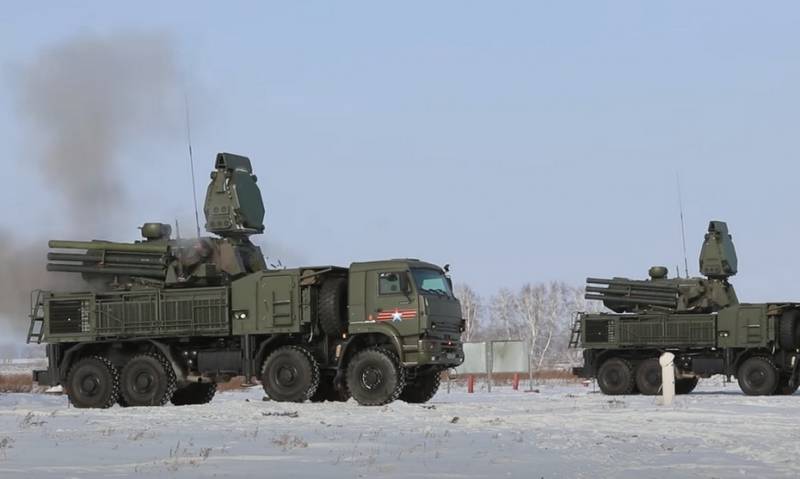 The Defense Ministry expects a new batch of Pantsir anti-aircraft missile-gun systems to enter the troops. The delivery of equipment will take place before the end of the year, said the commander of the air defense and missile defense forces - deputy commander of the Russian Aerospace Forces, Lieutenant General Andrei Demin.

Note that a new Pantsir-SM anti-aircraft missile-gun system has been developed for the Russian army, in which all the shortcomings inherent in the base model have been corrected. Unlike the Pantsir-S air defense missile system already in service, the new complex was armed with a missile with an increased speed (up to Mach 5 against 1300 m / s of the Pantsir-S missile 57E6E). In addition, Pantsir-SM received a new multifunctional sighting station with an active phased antenna array, which allows it to "see" targets at a distance of up to 75 km. The aiming range of the new complex has been increased to 40 km. The complex is capable of recognizing and striking all types of unmanned aerial vehicles.