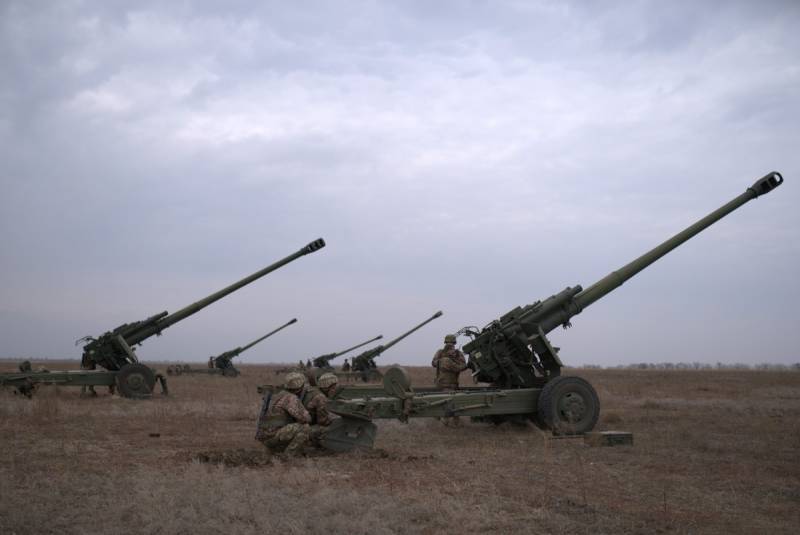 In Ukraine, they started talking about the possibility of delivering a "preemptive strike" against Russia, but came to the conclusion that the Ukrainian army did not have the strength to wage a "preventive war". The former head of the General Staff, Commander-in-Chief of the Armed Forces of Ukraine, Viktor Muzhenko, spoke about this.


The former commander-in-chief assessed the possibility of delivering a "preemptive strike" against Russia and lamented that Ukraine simply does not have the strength and means to do this. According to him, Moscow understands that Kiev cannot deliver a "preemptive strike", the Ukrainian Armed Forces lacks the necessary missile systems, as well as other weapons capable of delivering strikes at a great distance. In addition, the ex-head of the General Staff is not at all sure that the Kiev authorities will decide on a retaliatory strike in the event of a military conflict with Russia.

Muzhenko stressed that the Ukrainian army is one of the largest in Europe, but technologically backward, and the Ukrainian industry is not able to meet all the needs of the Armed Forces of Ukraine.

Note that after resigning Muzhenko "registered" in various Ukrainian shows as a military expert holding an anti-Russian position. Literally six months ago, he argued that Ukraine is quite capable of defeating Russia in the war, but this requires an ally who will fight against the Russian army along with the Ukrainian one. At the same time, the ex-commander-in-chief of the Armed Forces of Ukraine is sure that one way or another, but Russia will attack Ukraine. The reason for this is the water blockade of Crimea.

By the way, in 2018 Muzhenko, who still held the post of Commander-in-Chief of the Armed Forces of Ukraine, "predicted" Russia's attack "in three years", i.e. in 2021. Then he said that by that time the Ukrainian army would be the strongest and most effective on the continent, technically secure and fully armed, ready to repel the "invasion" of Russia.